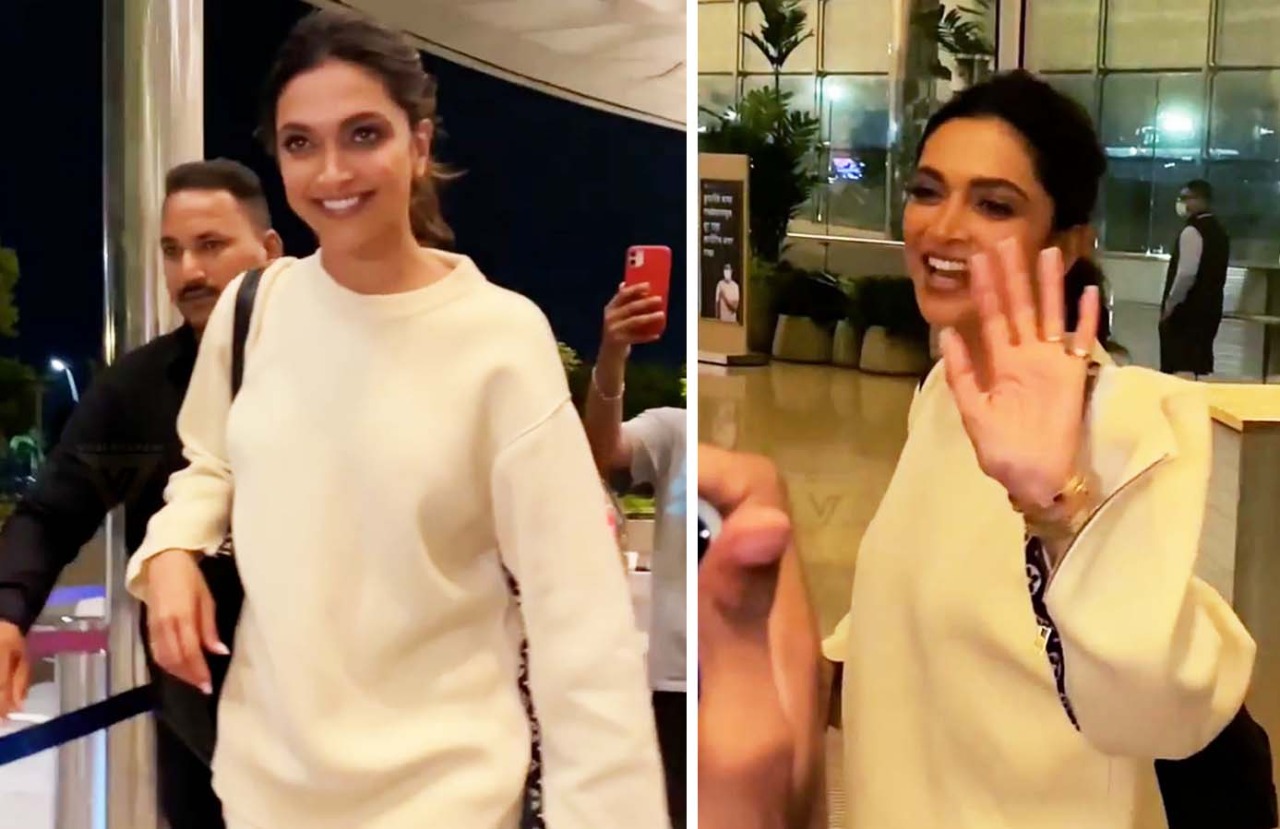 She has already made a style statement with her Cannes appearances and now Deepika Padukone is ready to represent India at the 75th Cannes Film Festival as a jury member. The actress was spotted at the Mumbai airport on Monday night. Looking her casual best in an all-ivory outfit, she wore minimal makeup, tied her hair in a loose ponytail and completed the look with black boots and a black Louis Vuitton bag. Deepika was surrounded by her bodyguards as she walked inside the airport but the Piku actress flashed her brightest smile at paparazzi as she waved at them to say goodbye.

Check out this video:

The actress is a part of the eight-member jury at the prestigious film festival that reviews and awards films. Cannes, which kicks off net week, will keep Deepika busy for two weeks from May 16 to 28. She is expected to be there throughout the festival.

French actor Vincent Lindon, will be the president of the jury in this edition of the festival. Lindon had who won the 2015 Best Actor award at Cannes for The Measure of a Man. He starred in last year’s Palme d’Or winner ‘Titane’.

The jury will pick the winners of this year’s Palme d’Or honours at a gala ceremony in Cannes on May 28.

According to reports, Deepika will be making her big appearance at Cannes this year, as part of her collaboration with Louis Vuitton, a French luxury fashion house and company. Reports suggest that she is expected to walk for all 10 days.

In a statement, posted on the official website of the festival, Lindon said, “It is a great honour and source of pride to be entrusted, in the midst of the tumult of all the events we are going through in the world, with the splendid, weighty task of chairing the Jury of the 75th International Cannes Film Festival.” “With my jury, we will strive to take the best possible care of the films of the future, all of which carry the same secret hope of courage, loyalty and freedom, with a mission to move the greatest number of women and men by speaking to them of their common wounds and joys. Culture helps the human soul to rise and hope for tomorrow.”

The Cannes Film Festival takes place from May 17-28.