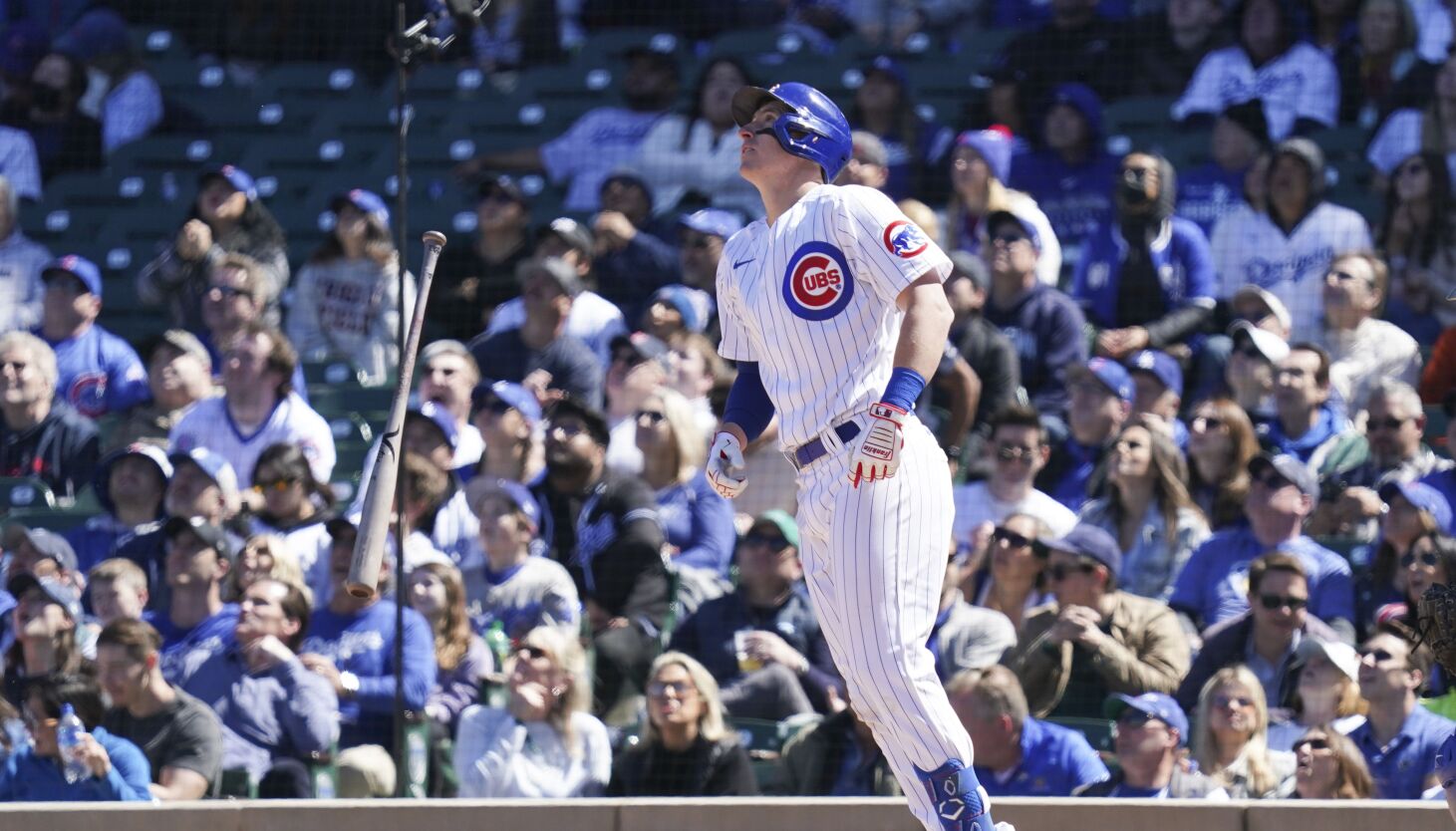 The Cubs hope a stint at Triple-A Iowa can help first baseman Frank Schwindel regain the hitting proficiency that made him a two-month wonder after the trade deadline last season.

Schwindel was demoted Sunday after batting .209 with 21 strikeouts and a feeble .308 slugging percentage in 96 plate appearances. He was claimed off waivers from the Athletics on July 18, took over at first base after Anthony Rizzo was traded to the Yankees and batted .342 with 13 home runs, 40 RBI and a 1.002 OPS in 56 games in 2021.

Schwindel, 29, struck out 36 times in 239 plate appearances in August and September and showed no signs of struggling until this season.

‘‘This is a league [where] you’ve got to produce, and he’s working on some things,’’ manager David Ross said. ‘‘We’re just going to take a little bit of the bright lights off and let him work through some things.

‘‘Hopefully it’s not very long, and he gets back and finds his rhythm and is able to come back and help us out real soon.’’

The move clears more playing time for left-handed-hitting Alfonso Rivas, who is 9-for-27 with a .936 OPS. Rivas, 25, doesn’t have the same power as Schwindel but is considered a better contact hitter and a superior defender at first. He also can play left field.

‘‘[Rivas] is off to a good start and showing a nice, calm approach in the batter’s box, and being a really good defensive player allows him to get a little runway here,’’ Ross said. ‘‘We’ll see what he can prove to continue to establish himself as a regular big-leaguer.’’

Iowa right-hander Caleb Kilian won’t be under consideration as the Cubs look for candidates to start Tuesday and Wednesday against the Padres in San Diego.

Nevertheless, Kilian continues to strengthen his case for a promotion. He pitched five scoreless innings to lead Iowa to a 10-3 victory at St. Paul.

Kilian, who was acquired at the trade deadline last season as part of the deal that sent Kris Bryant to the Giants, lowered his ERA to 1.46 in 24‰ innings.

Shortstop Andrelton Simmons (right shoulder) went 1-for-4 with an RBI and three strikeouts as the designated hitter in his second game of a rehab assignment.

Right-hander Adrian Sampson was selected from Iowa, where he posted a 2.04 ERA in his last four starts. He had a 2.80 ERA in 10 games with the Cubs last season, and Ross likes his versatility.

Right-hander Luke Farrell, who made 20 appearances for the Cubs in 2018, will join the roster at Iowa.

The Cubs honored breast-cancer survivors, their families and technicians before the game. Pink T-shirts were distributed to fans sitting in the bleachers as part of a ‘‘pink-out’’ to raise awareness.