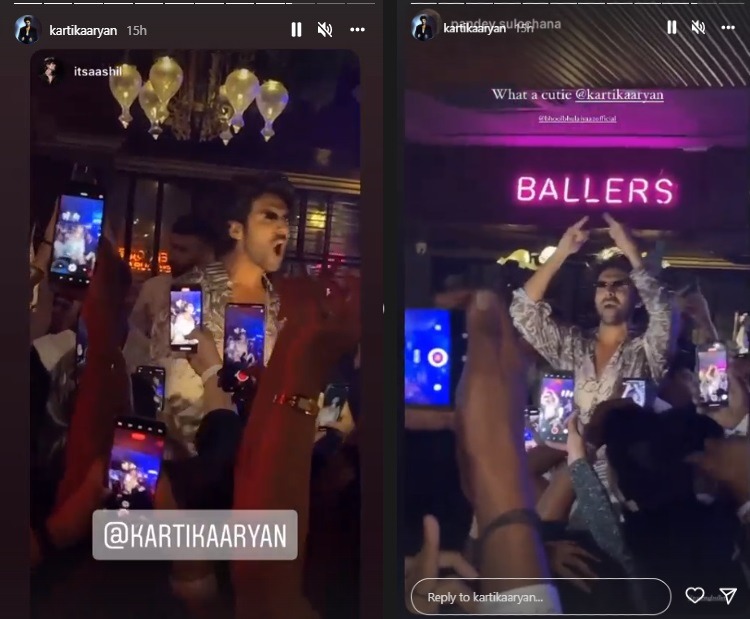 Bollywood’s chocolate boy Kartik Aaryan went out club-hopping in Mumbai to promote his upcoming film ‘Bhool Bhulaiyaa 2’. The actor did the zig-zag challenge with his fans in four popular nightclubs in the city.

On Friday night, the actor went to four different nightclubs in Mumbai and shook a leg with the fans. In various videos surfacing online, all fans could be seen hooting and dancing along with him doing the Zigzag step, crowding the star for selfies.

He shared an image from his car amidst the pub crawl where we could see the star’s eyes in the rear view mirror and he aptly captioned it: “Teri Aankhein Bhool Bhulaiyaa..” After a late night promotion and interaction with fans, the star had an early morning as he jetted off to Dubai for a football event.

After ‘Bhool Bhulaiyaa 2’ releases on May 20, Kartik will be seen in big ticket films like ‘Shehzada’, ‘Captain India’, ‘Freddy’ and Sajid Nadiadwala’s untitled next.