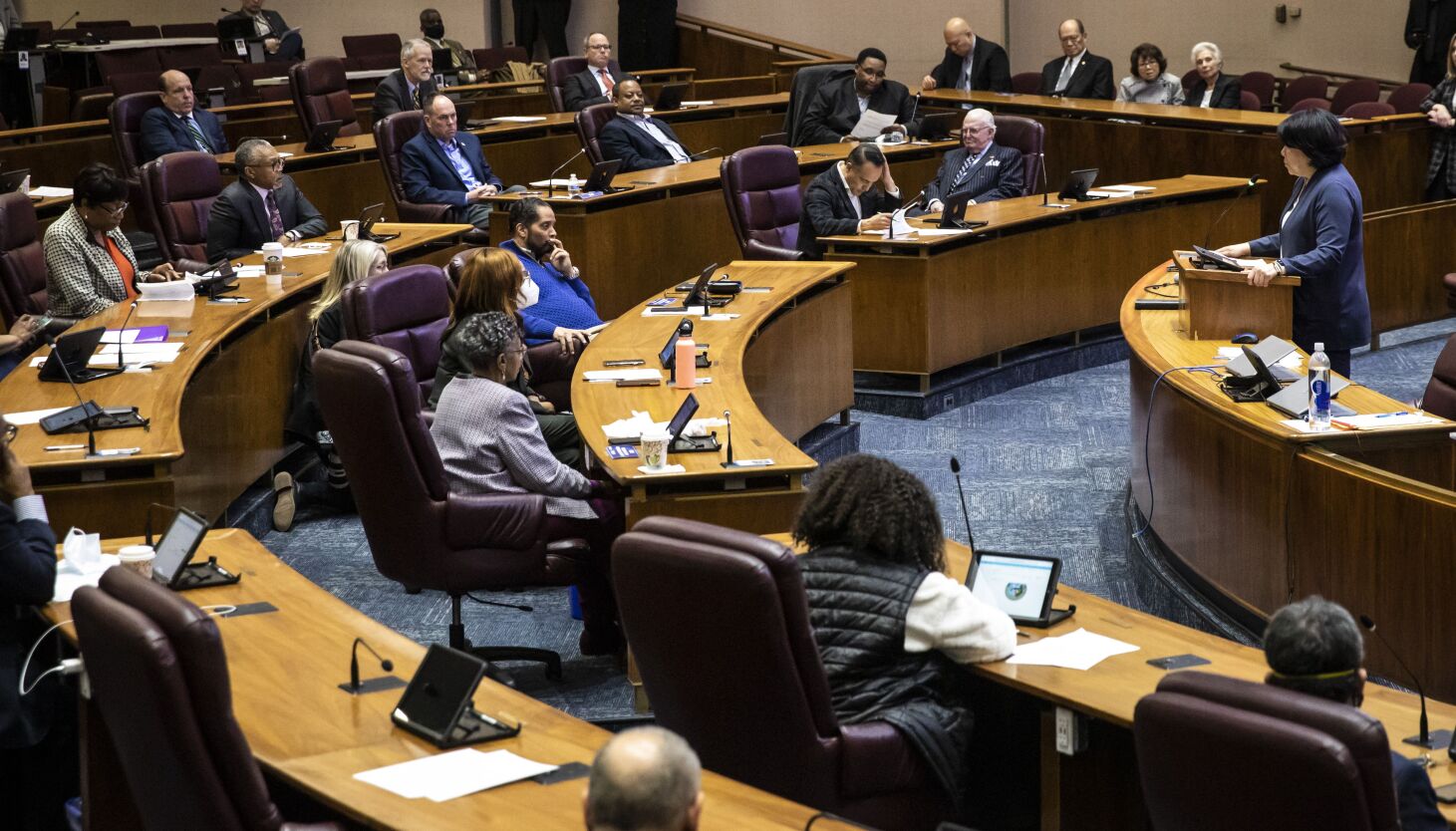 The Chicago City Council was urged Friday to declare its independence from Mayor Lori Lightfoot by choosing its own committee chairs instead of ceding that power to the mayor.

The Better Government Association said it has long clamored for the City Council to shed its reputation as a rubber stamp for Chicago mayors by reorganizing itself.

On Friday, the BGA amplified that position in a policy statement posted on its website and distributed to the news media.

Bryan Zarou, the BGA’s director of policy, was inspired to weigh in after Ald. Matt Martin (47th) boldly introduced a resolution at the City Council meeting Wednesday that calls for promoting himself from vice chair of the Committee on Ethics and Government Oversight to chair, replacing now-retired chair Michele Smith (43rd).

Both state law and Roberts Rules of Order authorize the City Council to choose its own leaders.

But the City Council has long abdicated that power and allowed the mayor to pick Council leaders.

That’s what happened in May 2019 when Lightfoot won the first test of her legislative muscle by installing her handpicked leadership team led by Ald. Scott Waguespack (32nd) as Finance chair and Pat Dowell (3rd) as Budget chair.

Ald. Anthony Beale (9th), a 24-year veteran and one of the council’s most senior members, was banished from the mayor’s leadership team because he dared to oppose Waguespack.

The BGA’s Zarou not only endorsed the promotion for Martin but essentially urged the council to declare its independence from the mayor once and for all.

“Leadership positions are more than symbolic: Committees come with their own budgets and staff, are overseen by the chairs, and chairs traditionally set the agenda and decide which matters will be heard in their committees, as well. Allowing the mayor to appoint committee chairs cedes substantial power from the legislature to the administration,” Zarou wrote.

Lightfoot has made it clear she has no intention of ceding control.

Asked about Martin’s bold move after the council meeting, Lightfoot said, “There’s a process by which we do that, and the process is the mayor makes the final picks. I don’t see any reason to break from that long-standing precedent.”

Now that the mass exodus from the City Council is pretty much complete, Lightfoot said she plans to move quickly to fill the Smith vacancy and the void created by the resignation of Education Committee Chair Michael Scott Jr. (24th).

In Friday’s statement, Zarou noted that the Education Committee “met only eight times in more than three years” under Scott’s leadership and mostly to “confirm mayoral appointments” to boards overseeing the Chicago Public Schools and City Colleges of Chicago. No “major education legislation” was considered, he said.

“The Better Government Association Policy team urges City Council to take this opportunity to act as an independent, co-equal branch of government, both by taking up Ald. Martin’s resolution and by appointing an active and engaged leader as chair of the education committee,” Zarou wrote.

Former Inspector General Joe Ferguson said Chicago is the “only major city in the United States” that allows the mayor to dictate committee chairs who are supposed to “oversee and check” the mayor’s actions.

“It means generally that the committees meet when the mayor says they can meet. Their agenda is, in significant part, determined by the mayor. Whether votes are had is largely determined by the mayor. And, in that sense, we don’t have true debate, dialogue and engagement between the peoples’ representatives … and the chief executive,” said Ferguson, who has launched a nonprofit to reexamine Chicago’s governing structure.

“The resolution by Ald. Martin — whether it is successful or not — plants an important flag for a bigger conversation that the city of Chicago needs to have about its municipal governance structure.”

It’s not the first time the City Council has been urged to get a backbone.

Three months ago, Beale argued that the council needs to be “turned upside down” — with its own speaker, parliamentarian, attorney and committee chairs it chooses — to end Lightfoot’s “dictatorship.”

Beale let loose one day after Lightfoot used a parliamentary maneuver to preserve her 6 mph ticketing threshold for Chicago speed cameras, the latest in a string of disputed mayoral rulings during City Council meetings.

The same thing happened this week when the council authorized the Chicago Fire to build a soccer training facility on Chicago Housing Authority land a day after the Zoning Committee shot down the Near West Side project on a site previously earmarked for affordable housing that once included the CHA’s ALA homes.