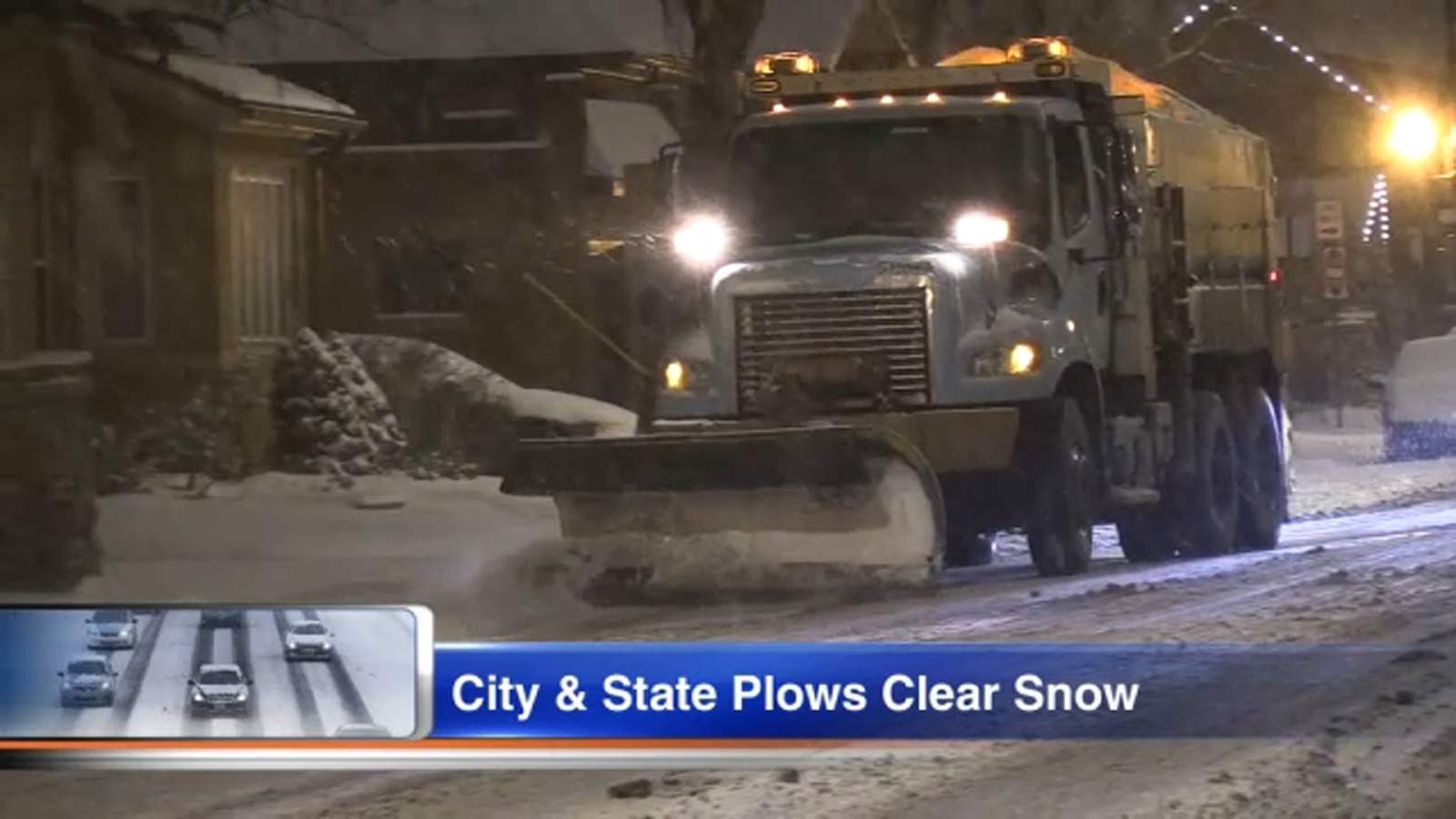 CHICAGO (WLS) — Driving around the Chicago area was difficult Sunday morning, as a winter storm and lake-effect snow continued moving through the area.

How much snow you see may depend on where you are.

Some areas can expect to see 2-4 inches of snow, ABC7 meteorologist Larry Mowry said. Some totals could even reach around 5 inches, and Lake and Porter counties in Indiana can expect nearly 6 inches with lake-effect Sunday morning.

The snow is expected to end outside the city around 7 to 8 a.m. Sunday, ABC7 meteorologist Greg Dutra said.

Dutra said the next storm system is expected to start between midnight and 4 a.m. Monday morning, and will continue through the morning commute.

The Chicago Department of Streets and Sanitation has deployed a fleet of salt spreaders in response to the winter storm system.

The 211 salt spreaders will focus on addressing snow along Chicago’s arterial routes and Jean-Baptiste Point DuSable Lake Shore Drive to ensure they are safe and passable for motorists, the department said.

The salt trucks were active across the city overnight and will transition into the neighborhoods later, if needed.

“DSS staff will continue to monitor the weather and ground conditions and will adjust snow resources when necessary,” the department said.

Maria Castaneda, Illinois Department of Transportation communications manager, warned drivers to be cautious, even though plows were working hard to treat roads and clear snow.

Cold, polar air will move into the area this week.