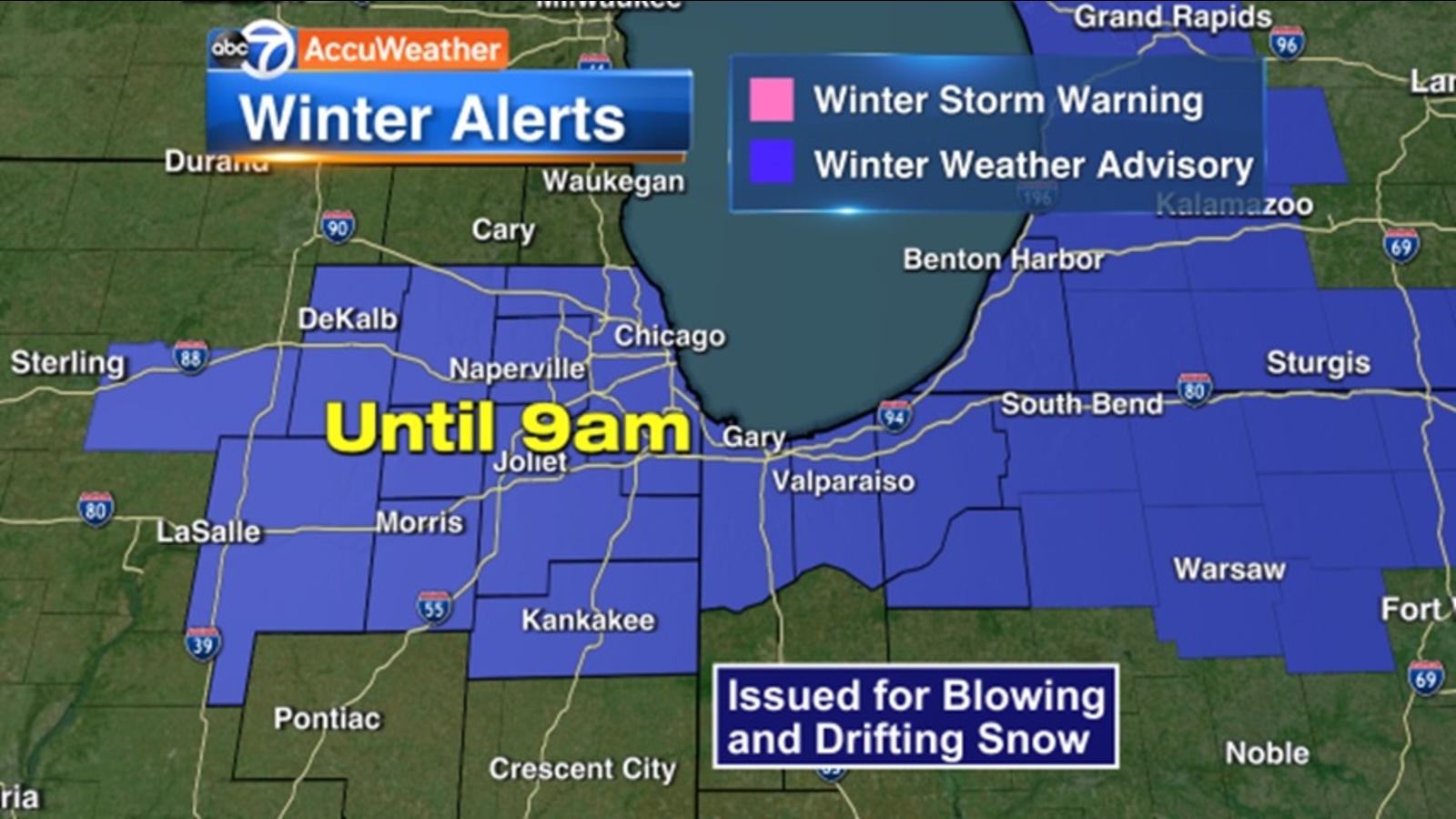 CHICAGO (WLS) — The Chicago area is digging out Friday after a winter snowstorm blanketed the area, with areas in northwest Indiana seeing the highest snowfall accumulation.

While the snow may have stopped, a Winter Weather Advisory has been issued for much of the Chicago area. The areas include Cook, DeKalb, DuPage, Will, Grundy, Kane, Kankakee, Kendall, LaSalle, Lee counties in Illinois, as well as Indiana’s Lake and Porter counties beginning at 2 p.m. Friday until 9 a.m. Saturday, according to the National Weather Service.

On stretches of I-65 near Rensselaer, Sergeant Fifield said conditions have led to jackknifed semis and reports of some people being stranded in cars for eight to nine hours. S

Between the heavy snowfall and a series of crashes and jackknifed semi’s heading southbound, the situation went from bad to worse very quickly.

Kathy and Jim McCallam started driving home from a vacation at Disney World in Florida. They were hoping they would beat the storm, but ended up being stuck for about 10 hours.

“I called the non-emergency dispatcher in Indiana and they said as fast as they would get a jackknifed semi out of the way another one would happen,” Kathy said.

Couple describes being stranded on I-65

Friday morning the recovery was slow but steady. Indiana State Police said they rescued several drivers and were working to get as many tow trucks there as possible to help move semi’s out of the way.

Meanwhile, the National Weather Service has issued a Winter Weather Advisory for the Chicago area to go into effect at 2 p.m. and remain in effect until 9 a.m. Saturday with gusty winds expected to blow snow, creating difficult travel conditions.

Much of the snowfall hit the south and southwest suburbs. At around midnight, snow-covered roads continued to create problems near Coal City and Shorewood.

In the middle of the storm, drivers battled near-blizzard-like conditions with snow drifting sideways.

MORE: 100-car pileup in downstate Illinois shuts down I-39

The day started with overnight heavy rain before the snow and strong winds moved in, as the afternoon wore on.

Friday morning, some areas were still working on the clean-up effort before the morning commute.