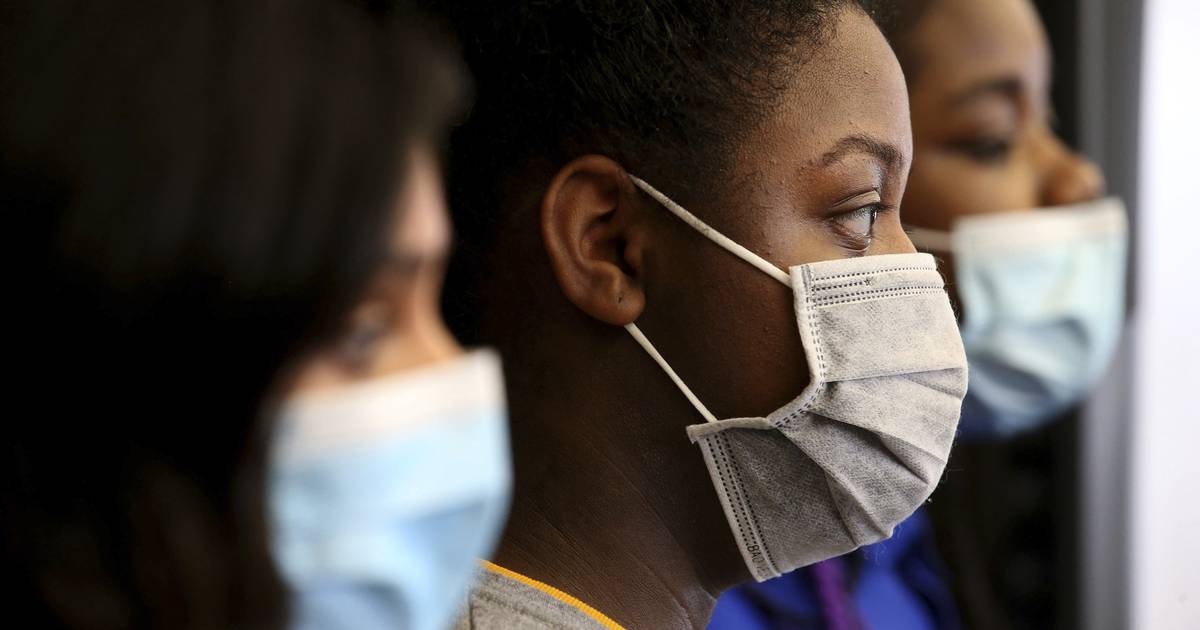 Officials with the Chicago Teachers Union argued Monday that the halting of the universal masking requirement at Chicago Public Schools last month violated their COVID-19 safety agreement by rescinding a key tenet of the plan without reopening collective bargaining.

The hearing before Nick Gutierrez, staff attorney for Illinois Educational Labor Relations Board, was prompted by the union’s filing of an unfair labor practice charge shortly after CPS announced masks would be optional for staff, students and visitors to schools beginning March 14.

“They repudiated a key term of the safety agreement and had no legal right to do so,” said Robert Bloch, an attorney for CTU.

When the safety agreement was forged with CPS in January, following a volatile battle that led to five days of canceled classes during the omicron surge, masks were still required to be worn indoors in Illinois under the executive order of Gov. J.B. Pritzker, and following the guidance of the Centers for Disease Control and Prevention.

But Bloch said despite universal masking being enforced in Illinois, the union still ensured the universal masking requirement was part of its safety agreement with CPS, as they were well aware “public health guidance could change with political pressure.”

Parents who had filed the suit sought to hold CPS CEO Pedro Martinez in contempt of court for continuing to require masks after Grischow found the state’s mask rules invalid, but the judge declined to weigh in on the request, saying “the policy of (CPS) is not before the court.”

Pritzker had appealed Grischow’s restraining order, but the appellate court dismissed the appeal. The court found that because rules from the Illinois Department of Public Health requiring masking and other COVID-19 protocols had been allowed to expire, the appeal was moot.

The governor then appealed to the Illinois Supreme Court, which declined to hear the case but vacated the restraining order. Pritzker announced the same day he was lifting the state’s universal masking requirement for schools, and CPS followed about a week later, announcing March 7 it was moving to a mask optional but recommended policy.

Kaitlyn Girard, chief labor negotiator for CPS, said at Monday’s hearing that she and CTU President Jesse Sharkey engaged in “off the record” discussions in late February about dropping the universal mask requirement in the safety agreement, and both parties agreed “we didn’t want us being out on an island” as the only district requiring masks.

“The CTU would need to get its house of delegates to agree, and (CPS) needed to get our stakeholders on board,” Girard said.

“We were facing litigation, deadlines and pleadings with the judge,” Girard said. “We were losing our ability to make these decisions if it went too far.”

Yet Sharkey said he was dismayed the union was not given the opportunity to negotiate prior to the district moving to mask optional, especially given the CPS school board had shown strong support for universal masking since schools had reopened classrooms for in-person instruction last spring.

“We always believed we’d be part of the agreement,” Sharkey said. “Our view is, we have a written agreement that CPS needs to abide by.”

Dr. Jennifer Seo, chief medical officer at Chicago Department of Public Health, said while universal masking in schools can reduce infection and outbreaks, the lifting of the virus mitigation strategy at CPS does not appear to have had a negative impact on the community.

“More days than not, we are seeing zero deaths in the city, and hospitalizations have stayed stable,” Seo said, adding: “In terms of universal masking, we do not recommend it at this time because we remain at low COVID-19 levels.”

According to the complaint, CTU is asking the labor relations board to require that CPS engage in “good faith bargaining prior to implementing unilateral changes in the terms and conditions of employment which affect the health and safety of the employees represented by the union.”

CTU also accused CPS in the complaint of not adhering to the safety deal by allegedly withholding information such as the number of KN95 masks distributed to schools; school-level data on COVID-19 tests conducted through the district’s free weekly program; and confirmation of the creation of school-based contact-tracing teams.

A decision on CTU’s complaint is not expected for at least 60 days.