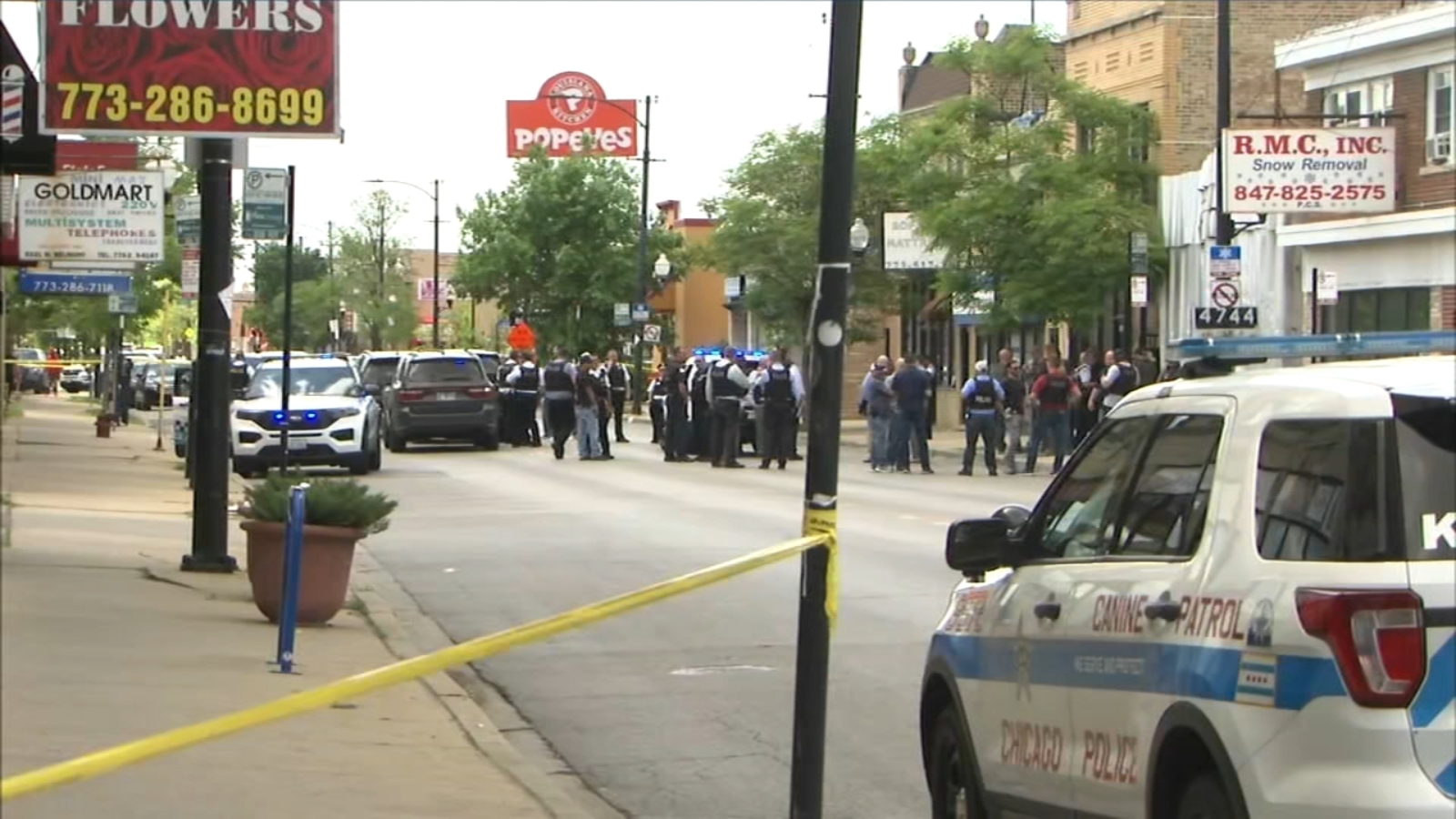 CHICAGO (WLS) — The K-9 officer hurt in a shootout involving Chicago police on Chicago’s Northwest Side Thursday is still in ICU, officials said.

Please note: The video above is from a previous report

When the officers announced themselves, police said at least one suspect opened fire on them in the 5200-block of W. Belmont Ave. around 1:23 p.m.

Police said a U.S. Marshal was shot in the hand and his K-9 dog was also struck in his upper body. A Chicago police officer returned fire, but did not strike anyone.

The K-9 was rushed to MedVet, a 24-hour emergency veterinary hospital, where it received medical treatment. The U.S. Marshal Service said Friday that the K-9 remains in the ICU.

“All of us are praying for a full recovery, and we want to thank everyone for their prayers and well wishes,” said U.S. Marshal LaDon Reynolds.

Two suspects were taken into custody, Chicago police said. An investigation into the incident is ongoing.

The CPD officer who fired shots will be placed on routine administrative duties for at least 30 days, police said. The Civilian Office of Police Accountability will conduct an investigation into the officer’s use of force.