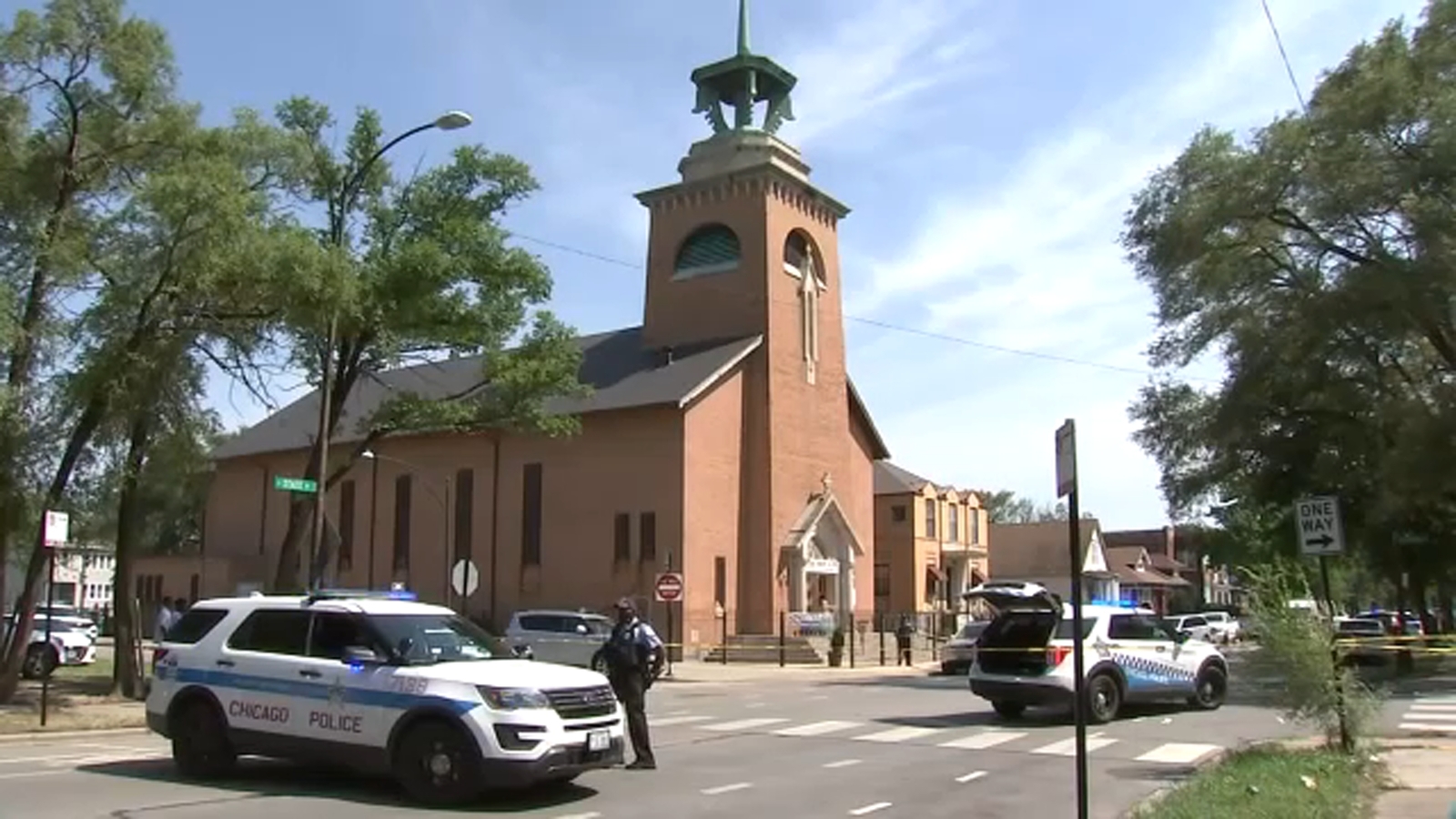 CHICAGO (WLS) — Three people were shot in a drive-by shooting outside a funeral on the Far South Side Saturday, according to police.

The victims were attending a funeral at the Universal Community Missionary Baptist Church in the 100-block of East 108th Street in the city’s Roseland neighborhood.

While standing outside, a gray-colored sedan drove by around 2:30 p.m. and someone inside the vehicle fired shots, striking the victims, police said.

“I heard something go pop, pop, pop,” said one person who lives nearby. “I said to my husband, ‘They’re shooting out there.’ He ran to the door and I said, ‘You come back where! We’re you running out there for?’ You know what I’m saying. So it’s just getting bad. You just gotta pray to God it’s just terrible.”

“Paying their respects, going in and coming out, when these individuals discharge this weapon,” said community activist Andrew Holmes.

“On a day when people should be coming together, should be growing and loving, and now there’s a community in confusion and chaos,” added Pastor Donovan Price.

It was a funeral for a well-known community figure, known as “Big Mike,” who people attending said di work with the Urban League Club.

Kareem House said he was in town from California for the funeral of his cousin, Mike Nash, when the family was gathering to take a group photo. As they were posing, shots rang out, House said.

“We’re not even from over here, we don’t know what’s going on,” he said.

He was grazed on the stomach, House said, lifting up his shirt to reveal a minor graze wound in the center of his abdomen. It wasn’t severe enough to require medical attention, he said.

Nash was a “nice guy” who died of a heart attack, House said. He worked as an anti-violence activist.

Children were also here at the funeral at the time of the shooting and were being ushered out of the church by police when ABC7 news crews showed up.

“It should be a time of grieving, but of love, and rethinking. So it’s just a shame that that’s what happened in that type of situation,” Price said. “And it may be a sign that things are just getting worse and more people need to stand up.”

“We’ve got to find out who these individuals are, and I’m saying it over and over again, when these detectives put that paperwork in the state’s attorney’s office, we’re going to have to do more to keep these people inside of there. And it starts at home,” Holmes added.

No one was in custody and area detectives are investigating, police said.

Police have sectioned off at least a one-block radius of the area.

No one is in custody and Area Two detectives are investigating.