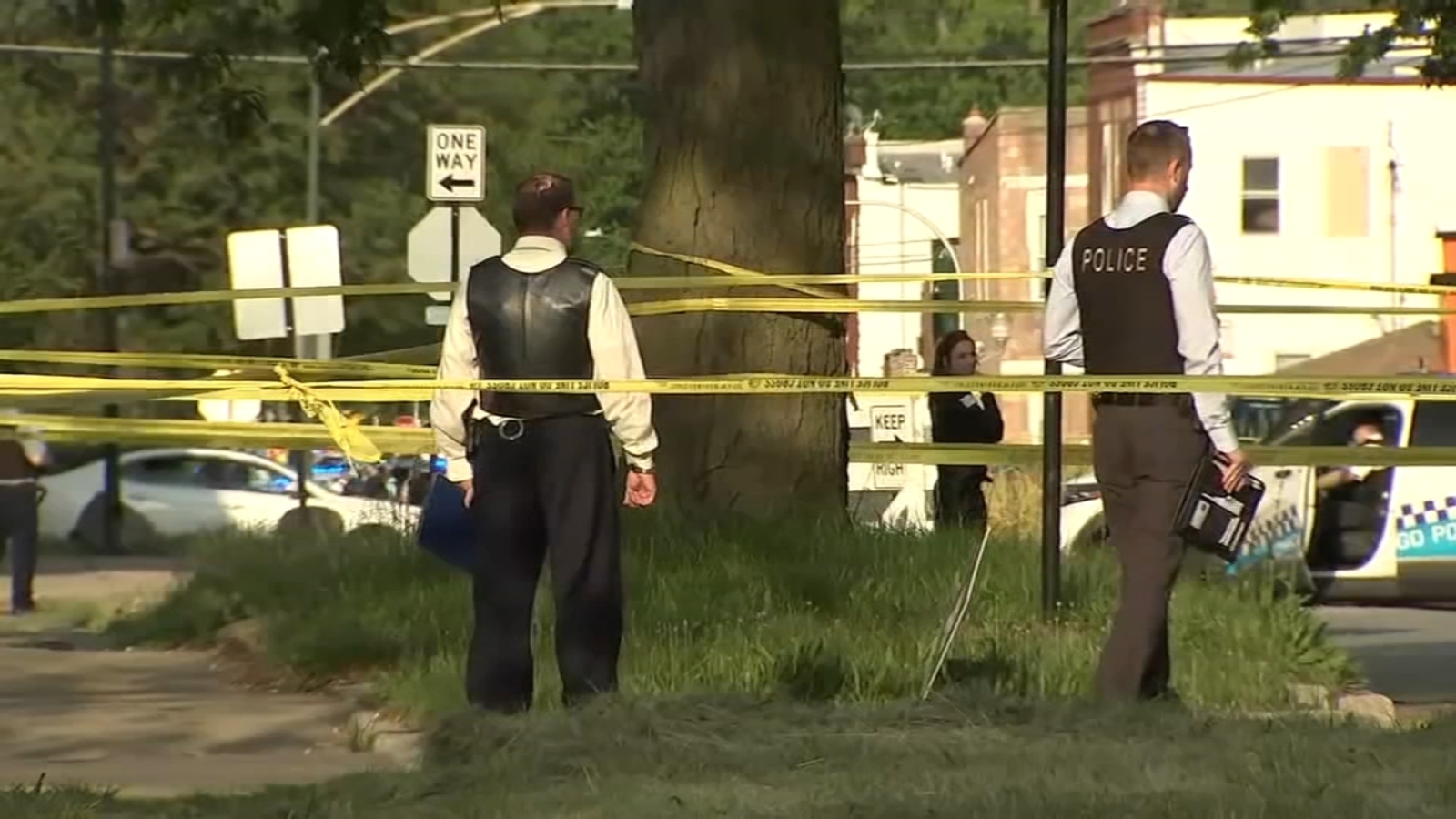 A man with an arrest record for gun crimes is suspected in the shooting, the Sun-Times reported. The 28-year-old man, who remains at large, is identified in a police alert as the gunman who opened fire on a marked Chicago police car.

CPD spokesman Tom Ahern tweeted a 7th District officer had been shot and was being taken to University of Chicago Hospital.

CPD Supt. David Brown said about 5:42 p.m. two officers – who were in-uniform and driving a marked squad car – attempted a traffic stop near 61st and Paulina streets. The car they were attempting to stop at first sped off, then came back around and slowed down so they could pull up parallel to the officers’ car and opened fire, striking the female officer, who was the driver of the squad car.

“They never completed the traffic stop. They saw the offenders do something at 61st Street and they were following them,” said Ald. Ray Lopez (15th), who represents the ward where the shooting occurred and where the wounded officer’s family lives.

“Then, as they were following them, the offender’s vehicle turned, being almost perpendicular to the police officers’ car, and then started shooting,” he said, citing information he received from high-ranking police.

Her partner then jumped into the driver’s seat and rushed her to University of Chicago Hospital, Brown said. Her condition was upgraded from critical to serious, and stable, just before 7:30 p.m.

The injured officer’s partner was also checked out at Northwestern and then released, with officials saying he was not injured in any way. Dozens of his fellow officers were there as he walked out Wednesday night.

They stood in silence, saluting him, before he could be seen raising his hand, as if to signal he’s OK. His brothers and sisters in blue then burst into applause.

Nearby residents said they heard at least a handful of shots, and initially thought it could be fireworks. But when swarms of officers began arriving at the scene, they knew it had to be a shooting.

The car carrying the shooter then fled and crashed near 64th and South Bishop streets, and the people inside fled on foot in different directions.

In a second update, Supt. Brown said police found car keys and a gun “in the immediate area” where the suspect fled after crashing the car.

Chopper7 HD captured video of a bullet hole in the windshield of the police SUV.

Brown said witnesses told police the offenders may have fled into a nearby building. Police searched for the suspects in that area, setting up a perimeter and launching police helicopters to aid in the search.

Police said they are looking for at least two suspects.

The suspected gunman lives less than two miles from the shooting, according to the alert. The Sun-Times is not naming him because he has not been charged.

Court records show he was arrested in October of 2020 after he was spotted speeding and running red lights on the South Side. Arresting officers found a Smith and Wesson handgun under the driver’s side floor mat.

Lopez characterized the shooting as an “assassination attempt.”

“Having anyone drive up alongside an officer … this was basically an assassination attempt. There’s nothing unintentional about what happened,” he said.

This shooting happened less than a mile from where Officer Ella French was shot and killed and her partner Officer Carlos Yanez Jr. was critically wounded 10 months ago. Some in the community are fed up.

“I’m very concerned about the children here in Englewood and the police officers getting shot and killed. It’s just so sad,” said Pastor James Cobb, with Jesus Christ of Greater Faith.

Mayor Lori Lightfoot tweeted a statement about the shooting, saying in part, “My family and I will be praying for the injured officer and the entire Department as they grapple with yet another heinous and deliberate assault on our officers’ lives. I have asked the Superintendent to use every resource possible to find the person responsible for this attempted murder of a police officer and bring them to justice.”

I am aware of the Chicago Police officer who was shot in the 7th District and have been in constant communication with Superintendent Brown since this outrageous attack on our officers occurred. My family and I will be praying for the injured officer and the entire Department as

they grapple with yet another heinous and deliberate assault on our officers’ lives. I have asked the Superintendent to use every resource possible to find the person responsible for this attempted murder of a police officer and bring them to justice.  Officers and detectives

are hard at work on this urgent mission.⁰⁰I urge all Chicagoans to remember the selfless sacrifice that police officers make every day for our safety. They risk their lives every day to keep us safe.⁰⁰As we begin the very first day of gun violence awareness month, this is

yet another example of why we must have a deep sense of urgency and wholehearted determination to rid our streets of illegal guns. We must have federal legislative action. We all must be united against one of our common enemies: the easy access to illegal guns–full stop.

One of the injured officer’s friends said she became a cop because she wanted to help her city.

The shooting comes on the heels of a violent Memorial Day Weekend during which all days off were canceled for cops. Police said 250 guns were taken off the streets over the holiday weekend, 75 on Memorial Day alone.

Chicago police said 22 officers have been shot at so far this year, and four have been hit.