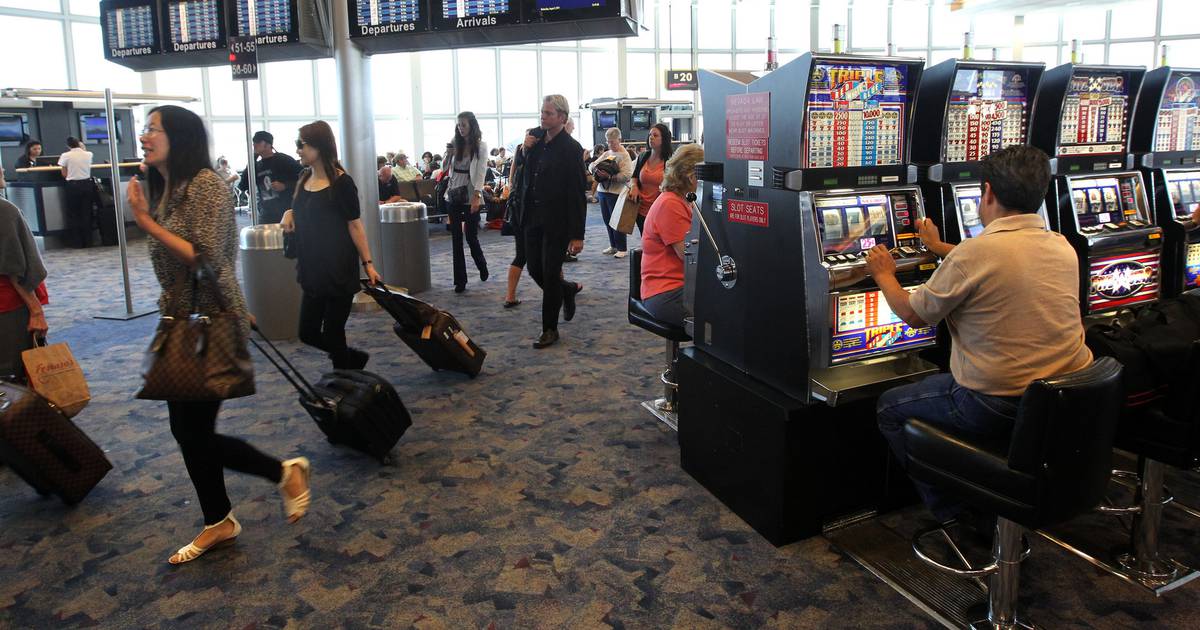 The state law that granted Chicago a casino also bestowed another nugget on its developer: the chance to install slot machines at O’Hare and Midway airports.

Mayor Lori Lightfoot’s pick for the Chicago casino — a Bally’s-run entertainment and gambling complex in River West — was announced at a celebratory news conference downtown Thursday where city, labor and business leaders spoke at length about the plan’s expected benefits.

But city officials have said considerably less about the prospects of bringing slot machines to Chicago’s two major airports, with representatives from both City Hall and the Chicago Department of Aviation saying only that there are no plans currently in the works.

[ [Don’t miss] What’s in Chicago’s casino plan and what happens next? ]

Bally’s Chairman Soo Kim told the Tribune, though, that he is “very interested” in putting slot machines at the Chicago airports, calling it an “intriguing idea” that could serve as both a marketing tool and potential boost to the revenue stream.

“I think it has to be done right, in conjunction with the other concessionaires at the airport,” Kim said. “We can put a portion of our machine count in the airport. I think that will actually sort of help announce Bally’s presence.”

Tucked in the 2019 state law that granted a casino license to Chicago is a provision that authorizes the city’s casino developer to install some of its slot machine allotment at the two airports, so long as the total number of “gaming positions” at all locations does not exceed 4,000. Airport slots are also required to be located in a “secured area” that is past airport security and only accessible to people 21 and older.

Slot machines at the airports would put Chicago in rare company with Las Vegas and Reno, Nevada, which also offer gambling at their airports. Other cities like Pittsburgh have considered it.

[ [Don’t miss] Chicago has its casino choice: Here’s how the process unfolded — and ended with Bally’s ]

But Lightfoot’s office is not considering such an endeavor at the moment, a City Hall spokesperson said, because focusing on the Bally’s River West location is believed to be more lucrative.

Those plans must pass muster with the City Council and the Illinois Gaming Board and face significant neighborhood resistance.

But if all goes as planned, Bally’s hopes to launch a temporary casino in Chicago’s Medinah Temple building early next year and the permanent site in 2026.

No timetable has been put forward for airport slots, though.