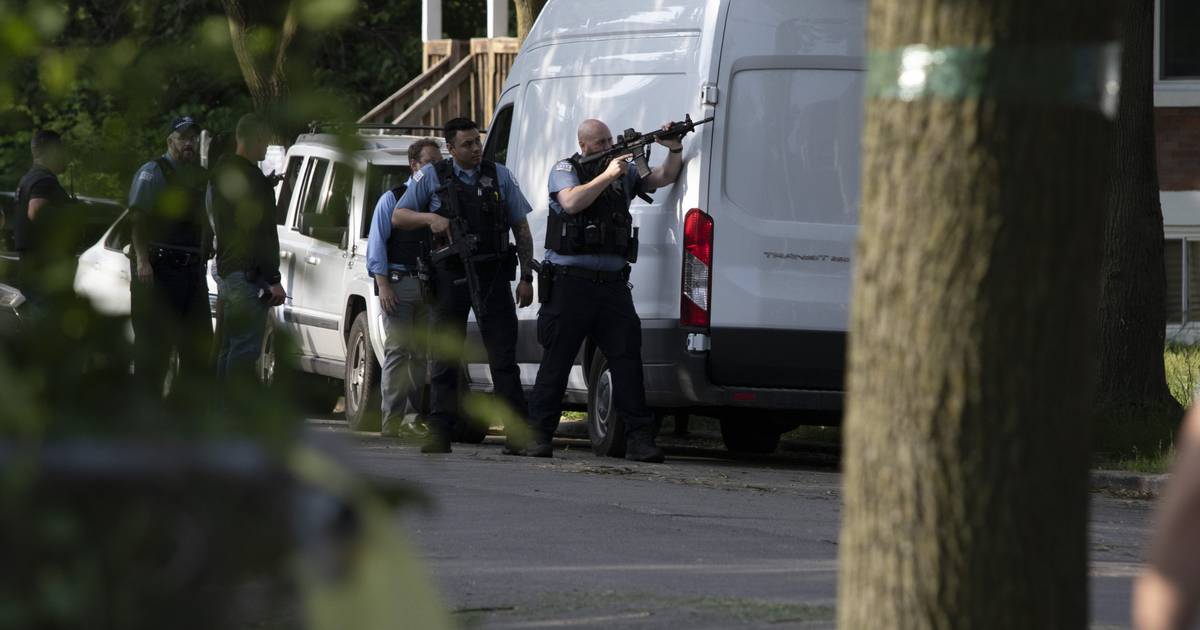 A Chicago police officer was shot and seriously wounded during a traffic stop late Wednesday afternoon in the Englewood neighborhood.

Meanwhile, officers were searching for “at least two” suspects and policeremained outside a building in the 6300 block of South Bishop Street as of about 9:15 p.m. SWAT officers left the scene before 9:30 p.m.

The driver of the car they were trying to pull over sped off, then slowed down, coming parallel with the police car, Brown said.

Suddenly, someone inside the car fired at the officers, wounding a female officer, according to Brown, who said she was in serious but “stable” condition at the University of Chicago Medical Center, where she will spend the night.

The suspects crashed the car moments later in the 6400 block of South Bishop Street and ran, Brown said. Witnesses told police they may have run in different directions and fled into nearby buildings, Brown said.

Chicago police officer 7th Dist has been shot. The officers being transported to the University of Chicago hospital. Condition unknown. PO in route to the hospital. Further details to follow.#ChicagoPolice

Officers found a gun in the area where the car crashed and found car keys that were dropped near the gun, Brown said.

”It’s too early to determine whether or not this is the gun,” Brown said. “But we have found a gun in the immediate area where the offender fled after crashing the car.”

Helicopters and police surrounded the area where the shooting happened.

Southbound Cottage Grove Avenue was blocked at 55th Street while northbound traffic on Cottage Grove was diverted east or west at 57th Street.

Additionally, about a dozen police cars were stationed nearby and around the hospital’s emergency room.

In an emailed statement, Mayor Lori Lightfoot expressed her concerns for the “outrageous attack on our officers.”

“My family and I will be praying for the injured officer and the entire department as they grapple with yet another heinous and deliberate assault on our officers’ lives,” Lightfoot said. “I have asked the superintendent to use every resource possible to find the person responsible for this attempted murder of a police officer and bring them to justice.”