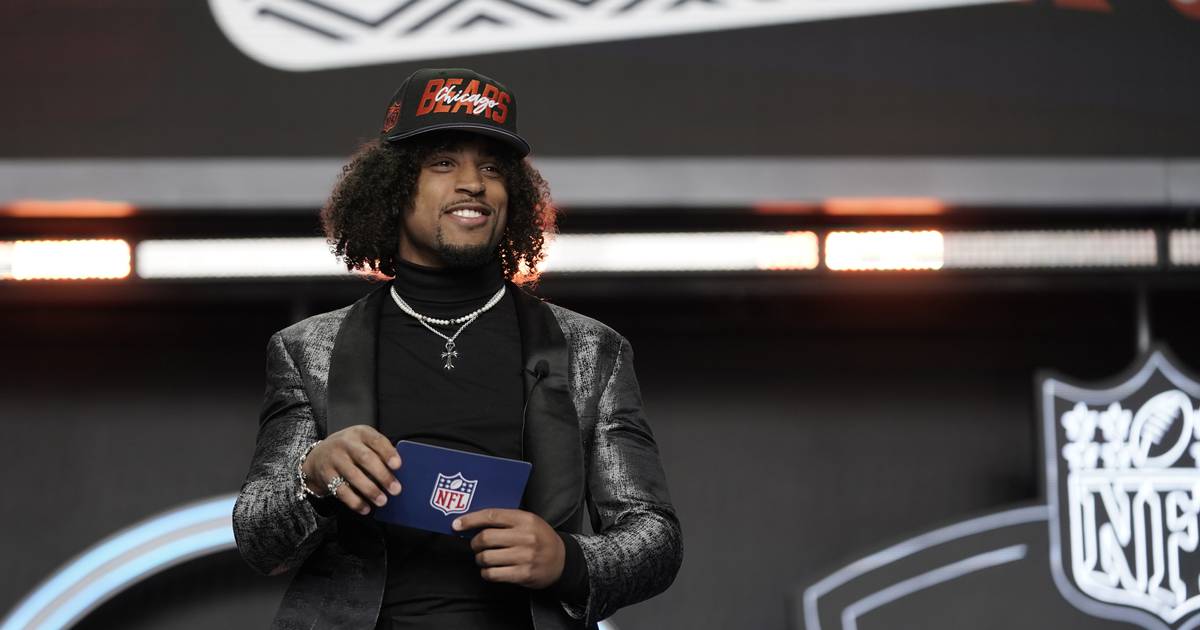 After sitting out the first round of the NFL draft, Chicago Bears general manager Ryan Poles made his first selections Friday night from Halas Hall.

Here’s a quick look at each of the Bears new players.

Why the Bears picked him

The Bears had a major need for a starter at cornerback opposite Jaylon Johnson and someone to play nickel, and now they have a dynamic athlete as an option for either role.

Gordon had two interceptions and nine passes defended in 12 games in 2021, being named a first-team All-Pac 12 player. He finished his career with 14 passes defended, 98 tackles, three tackles for a loss and two forced fumbles. Gordon’s teammate, cornerback Trent McDuffie, was picked 21st in the first round by the Kansas City Chiefs.

Analysts on the ESPN broadcast called him a tough, hard-nosed player with good finishing skills who will fit in well with coach Matt Eberflus’ style.

Gordon said at the combine that he doesn’t have a preference between playing outside or nickel, and Poles said the Bears value the flexibility he provides.

Poles said Gordon popped up in their mock-draft simulations a few times, but they didn’t think he would be available.

“We kind of laughed it off and it was like, ‘There’s no way,’” Poles said. “So when it actually happened it was a really cool moment, and we’re excited about adding a guy that I believe is going to be a starting-caliber corner. … His movement skills are outstanding. He’s tough. He has what we call reactive athleticism, twitchy. He’s going to help us in coverage big time.”

Gordon ran a 4.52-second 40-yard dash at the combine, but some within the Bears were excited by that, according to scout Francis St. Paul.

“We were like, ‘Uh oh, we may have a chance now,’” St. Paul said. “He plays way faster than that time. And you see it all the time, there are a lot of players that don’t run as fast as we’re all expecting but they play faster. And he has great play speed.”

Multiple analysts indicated Gordon still needs to develop his instincts and technique, but Poles complimented his instincts, saying Gordon has a great feel for the game.

The Athletic ranked Gordon as the sixth-best cornerback in the draft, and he was the sixth selected.

“Just his competitiveness, toughness. This is a guy, when you speak with him, you’ll see he’s very calm. Corners, you’ve got to forget about the next play because you will get beat. And he’s one of the guys, that if he gets beat, it didn’t bother him at all, and he came back and competed more on the next play.” — St. Paul

“My favorite corner growing up, the one I watched the most was Darrelle Revis. He’s the one I kind of modeled my game after in just the way he is off the line. He’s just a technician the way he moves. … He’s just a great player.” — Gordon

Gordon’s mom got him into competitive dancing when he was young, and he said he traveled around the country for competitions in lyrical, ballet and hip hop. He also did martial arts.

St. Paul said you can see his dance background in his play.

“You see it in his balance,” St. Paul said. “You see it in his change of direction. He ran a 6.67(-second) three-cone. And the most impressive (thing) about it, he was stumbling and pulled out of that stumble and to finish with that time. …If he didn’t stumble, that time would have been amazing.”

“He ran in the low 4.5s (in the 40-yard dash at the combine), but he plays so much faster than that and can really find and play the ball. … He’s got the size and length that you love. He’s big-time explosive. … He’s a dynamic athlete.” — NFL Network analyst Daniel Jeremiah

Why the Bears picked him

The Bears need a safety to start alongside Eddie Jackson, and Brisker could be that player.

Brisker was named a second-team All-American by multiple outlets as a fifth-year senior in 2021 after transferring from junior college in 2019. A defensive leader for the Nittany Lions, he had 153 tackles, 9½ for a loss, five interceptions and 14 pass breakups in 34 games and 21 starts.

In his senior season in 2021, he had 64 tackles, 5½ for a loss, two interceptions, five pass breakups, and a fumble recovery.

Poles lauded his toughness, his team-first mentality and his ability to rise to the occasion, noting a key interception against Wisconsin.

“One of those attributes you look for in players is can he make big plays in big moments?” Poles said. “And he showed that over and over in his career, so we’re excited about him.”

Brisker, who was The Athletic’s fifth-ranked safety, came up through the junior college ranks, so he spent five years in college. He played through a shoulder injury in 2021.

“You’re talking about a big guy that‘s physical. We like his toughness. We like his ball skills. … A guy that has got speed, range, ball skills, plus he brings the physical side of the game that we like. Obviously with ‘Flus and his defense, wanting to be a physical team, he also brings that aspect of it too.” — Bears scout Chris Prescott

“I just think leading by example is very important, whether that’s off the field or on the field. Off the field, my teammates can depend on me, especially working out on my own, them calling me or reaching out or me reaching out to them. And also the head coach can always depend on me to do the right thing.” — Brisker

“You just take everything one day at a time,” Brisker said. “But really (I learned to) just be humble from the beginning. Me going through junior college is going to help me a lot. It helped me be more mature and helped me see where I was at.”

Why the Bears drafted him

Jones is a speedy receiver who ran a 4.31-second 40-yard dash at the combine.

He spent four years at USC, including a redshirt freshman year, before transferring to Tennessee for two years. He had a career-high 62 catches for 807 yards and seven touchdowns in 2021.

Poles said the Bears value Jones’ ability to be used in several ways.

“I was looking for those guys that are explosive and they’re playmakers and they can help in many different areas, and that’s what this kid is,” Poles said. “And when you get a chance to meet him, you’ll understand that he’s different. He’s special. There’s something about him. … There’s just an aura about him.

“There’s a lot of really cool traits. This guy breaks a lot of tackles. He can take the top off. His run off the catch is outstanding. He’s big, too. … This isn’t like a skinny, fast dude. This is a strong, violent runner. He used to be a running back, too. There’s a lot we can do.”

After spending six seasons in college, Jones turns 25 in May and still needs to show improvement in his route running, according to analysts.

“He’s a mature 25, as opposed to being an older guy who acts like a younger guy and falls in with the college crowd,” Bears scout Sam Summerville said. “He’s very humble and he’s very hungry.”

“He was one of the guys that took advantage of that COVID year and came back, and it really helped him to refine different parts of his game. The more I watched him, the more I saw him improve. Even going through this season, you see a different player end the season than what you saw earlier. … In particular I would say he got better with route running and things down the field. I think he has always been dynamic with the ball in his hands. He has continuing to add those different aspects to his game.” — Summerville

“Ball-in-hand guy, it doesn’t mean just short passes. When the ball touches my hands from an over route, curl route, an out route, I’m going to make something happen, especially with the mentality I have. It came from my father: never, ever get tackled by the first person. That’s something that I’ve been living. That’s something that I was able to put on film and prove I’m one of the best ball-in-hand guys in the nation.” — Jones

Jones brushed off questions about being a 25-year-old rookie, noting his lack of major injuries during his career.

“Age is nothing but a number,” he said. “I feel like injuries affect you no matter how old you are. I was fortunate. The biggest injury I ever had was a high ankle sprain. Never tore anything, broke anything, so I have the body of, like, a 21-year-old. Age is nothing but a number. A lot of people try to make it a big issue, but at the end of the day, I can play ball, I’m physical, I can run, I can make plays.”

“To me the most Deebo (Samuel)-like player — and it would definitely be Deebo-like, he’s not the same talent — but Velus Jones from Tennessee is kind of that guy that’s really, really sturdy and strong and explosive. Like real, real, real fast, somebody on jet sweeps. You see it in the kick return game with him, as well. Just get him the ball and let him go.” — Jeremiah