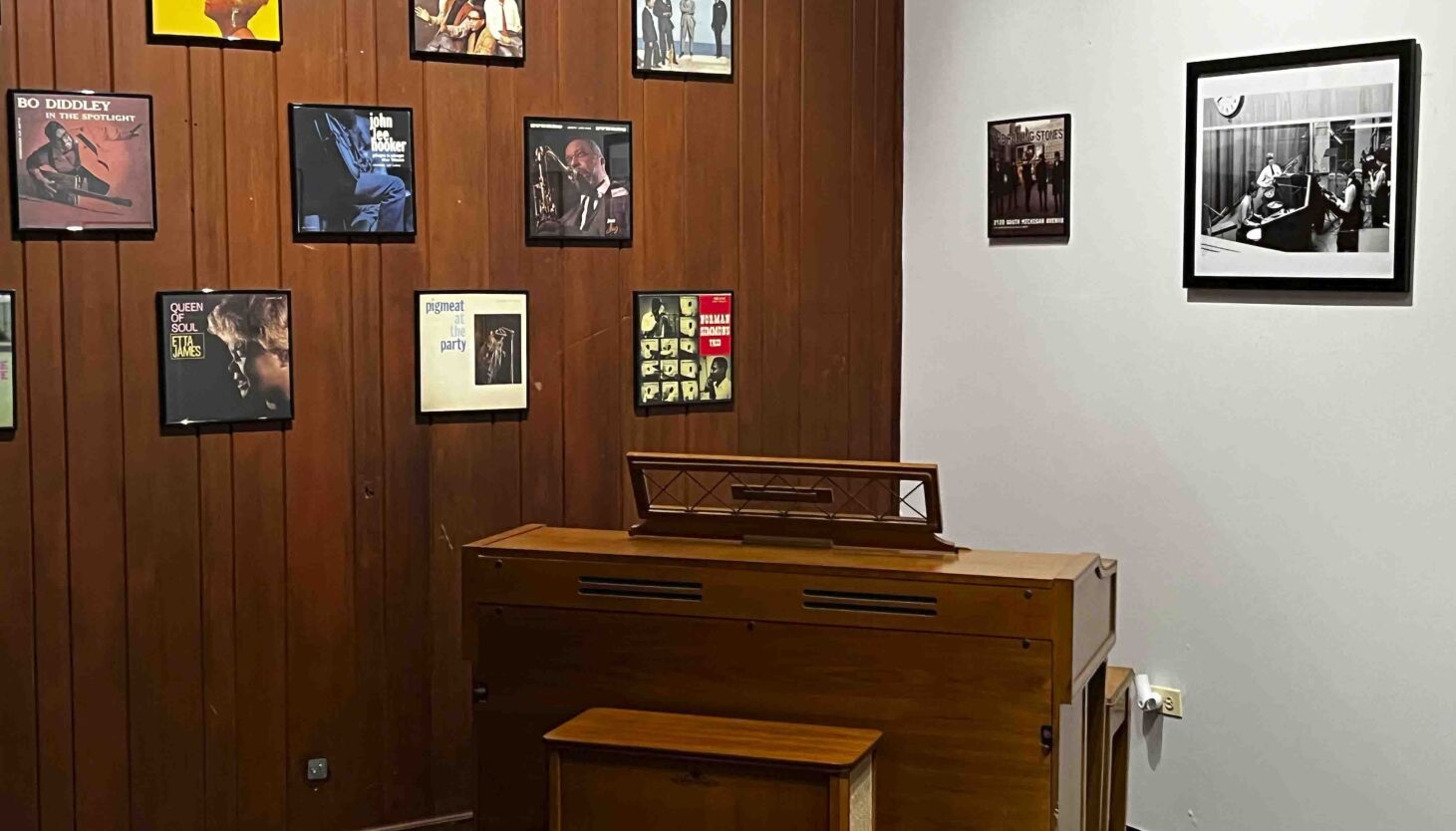 CHICAGO — As we make our way up the narrow, windowless, wooden stairway, we hear the jangly opening beats of The Rolling Stones’ “2120 South Michigan Avenue” playing from a portable speaker behind us. Our tour guide encourages us to “rub a little mojo” from the banister as we make our way up.

We’re visiting Chess Records on Chicago’s South Side, climbing the same set of stairs Mick Jagger and the rest of the band ascended during two days of recording in June 1964.

“This place changed music and the world,” says Janine Judge, the 60-year-old executive director of Willie Dixon’s Blues Heaven, the nonprofit foundation that owns and offers tours of Chess Records since it opened to the public in 1997. “I still feel them all here every day.”

By “them all,” Judge essentially is referring to the canon of Chicago blues.

Some of the biggest, most influential artists and hits were recorded at Chess: Muddy Waters, “I’m Your Hoochie Coochie Man”; Chuck Berry, “Johnny B. Goode”; Bo Diddley, “Who Do You Love”; and Howlin’ Wolf, “Smokestack Lightning,” just to name a few.

The blues originally moved north with Blacks fleeing the Jim Crow South during the Great Migration. The style found a home in this industrial, working-class city.

Berry and Chess gave each other their first big break. Berry originally signed with Chess. Then, when he met Waters, he suggested he audition for Chess, and the label quickly rose to prominence as the go-to blues record label.

The Stones, who named their band after a Muddy Waters song, were steeped in that history when they made the studio a mandatory stop during their first U.S. tour nearly 60 years ago. They recorded 14 songs here, including the hit “It’s All Over Now,” the first-ever recorded acoustic version of “Satisfaction,” and “2120 South Michigan Avenue,” which reportedly was recorded as an instrumental only because Mick Jagger was so nervous performing in front of his musical idols that he forgot the lyrics.

Judge weaves these and other stories into her nearly three-hour tour. On a recent crisp, mid-winter day, she was conserving by keeping the heat turned down low, nearly off. As a nonprofit, she primarily relies on tours and gift shop sales to keep the building, designated in 1990 as a historic landmark, operational. She urges visitors to bundle up.

Polish-Jewish immigrant brothers Phil and Leonard Chess (born Fiszel and Lejzor Czysz) were drawn to gospel music at a young age; their dad caught them sitting outside Black churches listening to the choirs inside. As young entrepreneurs, they first bought a liquor store on Chicago’s predominantly Black South Side and then, in 1946, they bought a nearby nightclub called the Macomba Lounge.

They soon realized there was a huge and hungry market for recordings by these Black musicians, so they invested in and then bought Aristocrat Records; in 1950, they renamed it Chess Records. They were based at several South Side locations, but their most famous home was here at 2120 S. Michigan, from 1956 until 1967.

The building is a narrow façade now next door to a medical clinic and across the street from a parking garage. The nondescript stretch of Michigan Ave. is not too far from Soldier Field, Millennium Park and the Magnificent Mile. The adjacent Willie Dixon’s Blues Garden is home to free summer concerts.

But much of the building itself remains unchanged. The front door, the lobby that served as a waiting room for musicians, the California redwood paneling — it’s all original. The front plate-glass window needed replacing after Little Walter, Muddy Waters’ harmonica player, reportedly got angry and intentionally rammed his car into the front of the building, Judge says.

The building changed hands a few times after the Chess brothers moved out, but Marie Dixon, the widow of bassist and songwriter Willie Dixon, bought it in 1993. She died in 2016.

Willie Dixon, namesake of the foundation and the studio’s longtime right-hand man who brought in many of the artists and set up recording sessions, died in 1992 at age 76.

The couple envisioned a space to house a museum, recording studio and classes for young people, Judge said.

“The foundation was set up to protect, promote and preserve the blues,” she said.

Willie Dixon wrote about 6,000 songs, more than 600 for Chess Records.

An entire second-floor room is set up to pay homage to Dixon. Hand-written lyric sheets, clothing, awards, even his beat-up bass is on display.

But the highlight of the tour is the recording studio itself, which remains in use today. There’s Dixon’s baby grand piano, guitars and other equipment, but Judge’s passion shines through when she explains the details included by 23-year-old engineer Jack Sheldon Wiener, who originally designed the space, and how she spent 15 years trying to figure out exactly how the acoustic panels were assembled.

“Not a day goes by that I don’t recognize what an honor and a privilege it is to be here every day,” she says as she steps into the darkened sound booth.

She asks visitors to sit in one of the metal folding chairs and imagine a day in 1960 when a 23-year-old Etta James stepped up to a microphone. The Chess brothers believed her bluesy voice had crossover pop appeal, so they brought in an orchestra ensemble for her debut studio album.

Judge requests that visitors not sing along, but she encourages dancing. As the lofty string intro of “At Last!” fills the space, it’s easy to feel transported back in time.

“It’s the only song I play all the way through because she’d be pissed if I didn’t,” Judge says. “What would Chess Records have been without her?”

NOTE: Beginning April 1, Chess Records will be open for tours Tuesdays through Saturdays at noon, 1, 2 and 3 p.m; $15 suggested donation.