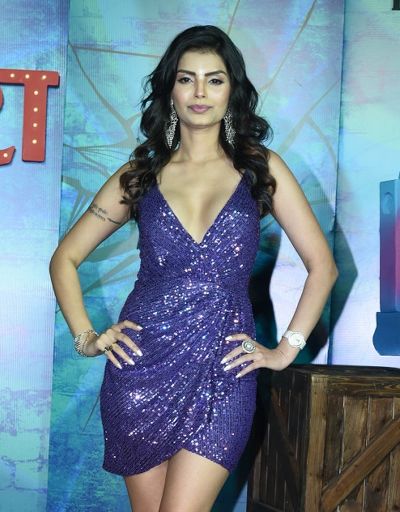 The much-awaited second season of Apharan had a starry premiere in Mumbai on March 16. Walking the red carpet at the event were Ekta Kapoor, Arunoday Singh, Sonali Bendre with husband Goldie Behl, Aamir Ali, Riddhi Dogra, Sonali Raut, Gautam Gulati and many other celebs.

With a spine-chilling story by Siddharth Sengupta, Umesh Padalkar & Anahata Menon, directed by Santosh Singh, Apharan 2 promises to be a power-packed entertainer with foot-tapping retro music, coupled with suspense and drama. The show will release today on Voot Select.

Set against the backdrop of India and Serbia, the bold and daring cop Rudra (played by Arunoday Singh) is back with another riveting tale. India’s most celebrated cop once again sets out on a dreadful journey to kidnap an intelligent criminal Bikram Bahadur Shah who wants to eliminate India from the world map. While the first season of the show succeeded in giving viewers a nail-biting experience, the sequel promises to be no different.

From intense drama, love and passion to comedy, obsession and separation, the show has it all.