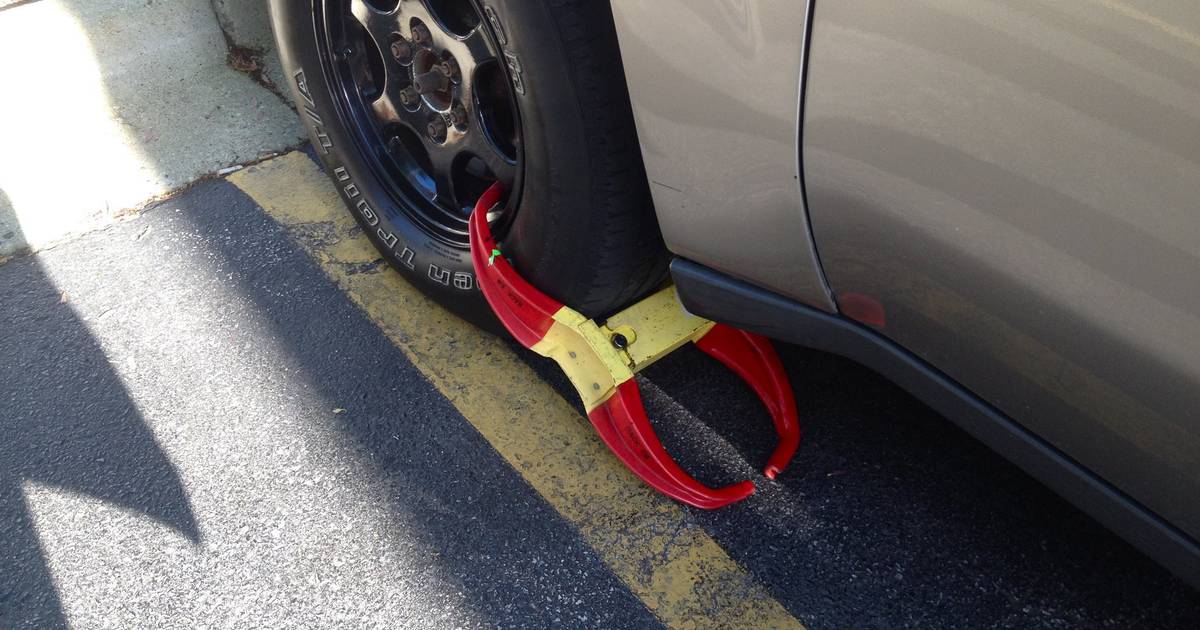 The notorious parking boot could become more prevalent in Chicago under an ordinance amendment passed by a City Council committee Thursday that would allow the practice in private parking lots citywide.

Aldermen voted 12-6 to authorize the use of the often-dreaded contraption on vehicles improperly parked on private lots, sending the proposal to the Council floor for a vote next week. Alds. Gregory Mitchell, David Moore, Anthony Napolitano, Matt Martin, Brendan Reilly and Stephanie Coleman voted no.

Currently, the practice of booting cars in parking lots is only allowed in 35 wards, where the aldermen have given their blessing. Thursday’s ordinance amendment, sponsored by outgoing Ald. Ariel Reboyras, 30th, and mayoral candidate and Ald. Raymond Lopez, 15th, would require all wards to give owners of private lots the option to be able to call up a booting company.

“One thing that we need to understand is that this ordinance does not obligate any business or any strip mall to have this — they have an option,” Reboyras said ahead of the vote, arguing that some drivers are abusing the spots at store parking lots. “Please think about this and why we’re doing this. It’s better for the businesses, and we need to support it.”

Ex-alderman-turned-lobbyist Joe Moore spoke on behalf of the city’s largest private booting company, Innovative Parking Solutions, and attempted to play a video of two women distraught to find out their car was towed. Technical difficulties arose, but Moore summarized the clip as an illustration of why seeing your car remain on the premises but with a boot on its wheel is “less onerous, more humane.”

“To quote a viral quote from President Biden, who said: ‘Don’t compare me to the Almighty. Compare me to the opposition,’” Moore recited. “Here, don’t compare private booting to no enforcement mechanism at all, where people can park at will. Compare it to the alternative, which is a towing company, which charges more, which takes your vehicle to a distant pound.”

Moore also said the $170 fine that Innovative charges to free your vehicle is cheaper than the base rates and storage fees from towing companies. And he said that aldermen shouldn’t be the ones to have control over whether businesses can make the choice to boot.

Nevertheless, Napolitano expressed concern over the potential for booting situations to get hairy, so he voted no.

“We’re creating more of a volatile atmosphere than we’ve had already,” Napolitano said. “We don’t have enough police. … Now our officers are going to be dispatched to an argument in the parking lot over boots from an independent company, not even by a city company, which is — I will guarantee you if this please doesn’t fall on deaf ears — is going to happen. I’ve seen it happen numerous, numerous occasions.”

Moore concurred that some drivers have indeed gotten angry when returning to a car booted by Innovative.

The practice of booting has existed in the city for the past two decades, leading to the ire of many who have parked at a lot and expected to drive home easily after running across the street for a visit to another business. But store owners have also found themselves losing customers because of non-patrons hogging parking lot spaces.

The duration of the violation is irrelevant to whether the driver violated the terms of the lot’s use, according to the city. Booting companies are required to post a minimum of two signs per location, including with contact information, wherever they operate. They are not allowed to charge more than $170 to remove the device.