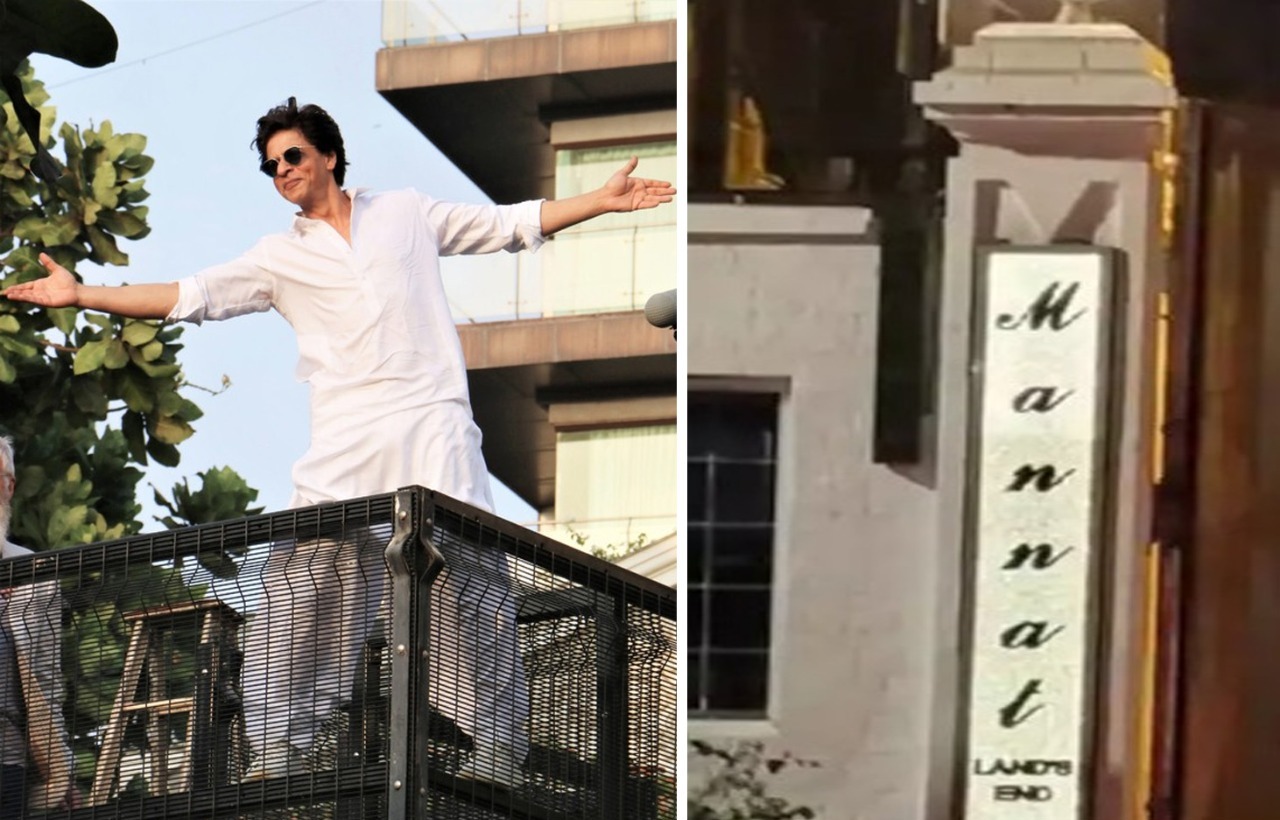 Being one of the most-loved stars in India, anything about Shah Rukh Khan makes it to news. This time, it was King Khan’s luxurious residence Mannat that got trending. SRK’s house in Mumbai is no less than a tourist spot and scores of people huddle outside his house daily to click selfies. So, when the fans noticed that Mannat got a new nameplate, they went crazy about it and made it viral in no time. This new nameplate has Mannat written vertically. And if reports are to be believed, the nameplate costs lakhs!

The nameplate even now reads ‘Mannat Land’s End’, but the letters are placed vertically instead of horizontally. The upgrade also included LED lights. While in the last few days it was the news of changed nameplate that went viral, now it’s the cost of Shah Rukh’s new Mannat template that has left everyone surprised.

Knowing so well that it’s SRk’s wife Gauri Khan, who is an interior designer, got the nameplate designed under her supervision. And if you are still guessing the cost of this new addition to the house, it is somewhere between 20-25 lakhs.

Gauri Khan wanted something classy to suit the standard of the Khan family. And fans agree it’s a great choice.

A source told Bollywoodlife, “Shah Rukh Khan’s new Mannat nameplate has been designed under the supervision of his super talented interior designer wifeGauri Khan. She, who is an ace designer herself suggested a revamp of their nameplate and it was decided for quite a time now. And finally, they did. SRK never gets into these details, as the boss of the house is Gauri and whatever she decides the family happily accepts. Indeed the choice is great as the response they are getting from the fans is endearing.”

The report further claimed that the cost of this new nameplate is somewhere between Rs 20-25 lakh. While there is no official confirmation so far, the report claims Gauri Khan wanted something ‘classic’ for the house. “The cost of that nameplate is around 20- 25 lakhs as Gauri wanted something classy to suit the standard of the Khan family. And this nameplate reflects the classic choice of Mrs. Khan,” the source added.

Shah Rukh Khan, who was missing in action last few years, is packed with back-to-back projects. He has Siddharth Anand’s next Pathaan with Deepika Padukone and John Abraham. There’s also Atlee’s film with Tamil sensation Nayanthara and he recently announced a project with Rajkumar Hirani titled Dunki.