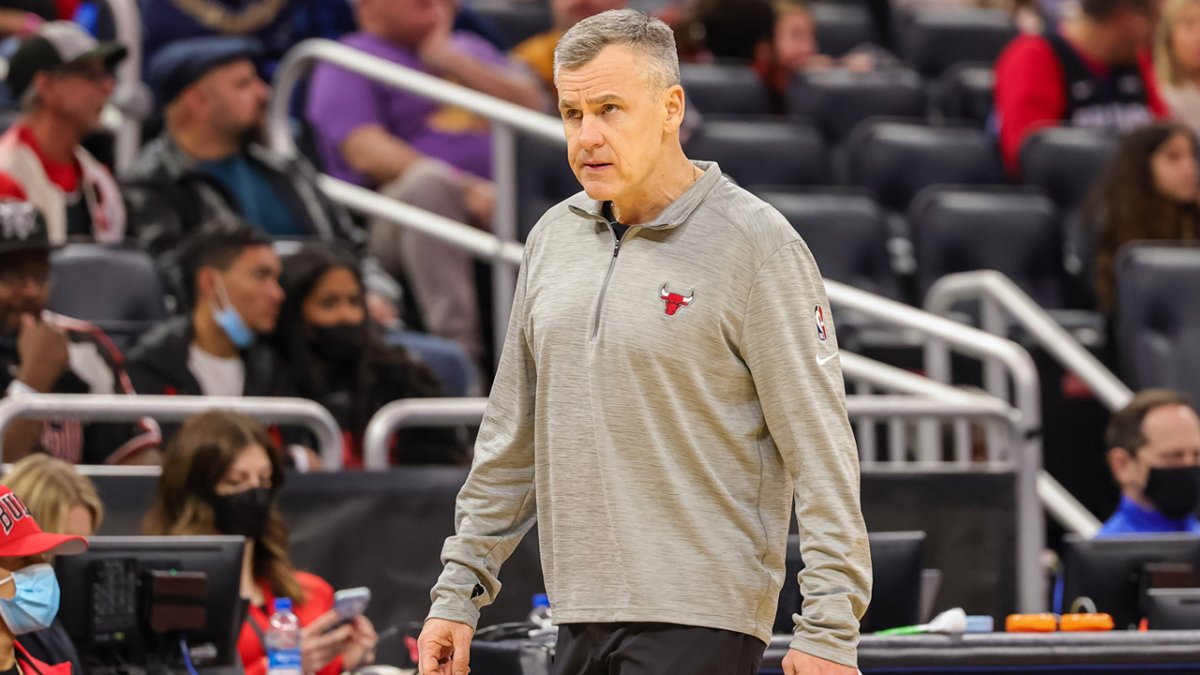 For at least another six to eight weeks, Lonzo Ball isn’t walking through that door. Neither is Alex Caruso.

But the Chicago Bulls (28-17) must find a way to stymie their current skid, which continued with a humbling 114-95 loss to the now 9-39 Magic in Orlando on Sunday.

With the defeat, the Bulls have dropped seven of their last nine games, and fallen to third in the Eastern Conference, trailing the Nets (29-16) and Heat (30-17). Just 1.5 games separated them from the sixth-place 76ers – and 2.5 from the seventh-seeded Hornets.

1. Moe Wagner was the player of the game, and so he is where we begin. With Mo Bamba falling into early foul trouble, Wagner played 25 minutes and ran with the opportunity, scoring a team-high 23 points on 9-for-13 shooting.

But more than numbers are required to summarize Wagner’s impact. His energy was transformative on rim runs and the defensive end, where he drew multiple charges. Missing multiple critical energy guys – primarily Caruso and Javonte Green – the Bulls had no answer.

2. Wagner led an Orlando bench charge that tallied 31 points by halftime, and 51 by game’s end. The Bulls’ depleted rotation mustered just 10 bench points, and needed garbage time to get there.

3. DeMar DeRozan did all he could to buoy the shorthanded Bulls in this one. He scored 10 of the team’s 19 first-quarter points, and had 20 of their 37 at halftime on 8-for-10 shooting. The rest of the team had 17 points on 7-for-26 shooting at the latter juncture.

But DeRozan really heated up in the fourth quarter, pouring in 15 points to keep the deficit between 10 and 15 as the Magic continued to apply pressure offensively. His shotmaking – and foul-drawing, as he attempted double-digit free throws for the 13th time this season – was the only thing keeping the Bulls afloat. Eventually, they sank, soiling his season-high 41-point outburst (15-for-21 shooting).

4. The Bulls need more consistency from Nikola Vučević as they enter what could be an extremely uneven one-to-two-month stretch. He received a higher volume of post touches against the Magic, getting up 19 shots, but he made just four of them, and committed five turnovers to boot. Two of those giveaways came in a particularly back-breaking stretch early in the fourth quarter, when Wagner drew charges on him on back-to-back possessions. Billy Donovan burned his coach’s challenge on an unsuccessful attempt to overturn the second.

Vučević returned to the game later in the fourth, but ultimately fouled out at the 3:30 mark contesting a Franz Wagner layup. Vučević has had big nights when the Bulls have needed him – see: the Celtics loss and Cavaliers win – but in this one, he shot poorly and was attacked at the defensive end routinely. A rough game that saw him show visible frustration multiple times – and his season-long field-goal percentage dip to a career-low 43.1.

Donovan referenced early foul trouble as a contributing factor to Vučević’s struggles. But the Bulls center was blunt in his self-assessment.

“Shooting is part of the game. I was more disappointed in my focus defensively, some of the things I’ve been pretty good at so far this year – getting back-cut, going for pump fakes, not being in the right positions in pick-and-roll, things like that. Just more the things that I can control regardless of if I shoot 100 percent or if I miss everything,” he said. “There’s so many ways for me to impact the game, and I just didn’t bring the energy and focus that I needed to help us win the game. I think that also affected my shooting in a way.”

5. It went deeper than one player, though. This was a largely haphazard effort at both ends. Offensively, the Bulls tallied a season-low 10 assists and a whopping 22 turnovers – and they didn’t hit the double-digit dime mark until garbage time. Defensively, they allowed the NBA’s 28th-ranked offense entering play to score 114 points and shoot 52.5 percent. Sixty of those points came in the paint, a testament to the Bulls’ inability to contain dribble penetration or protect the rim.

6. Caruso and Ball were certainly missed in the latter department (dribble penetration), and also in the havoc-wreaking category. The Bulls matched a season-low with three steals, and scored just one fastbreak point – both of which have typically been boons to their identity on both ends.

7. And Ball and LaVine were badly missed in terms of shooting. Those two combine to take 14.6 3s per game, and shoot 42.3 percent (Ball) and 41.2 percent (LaVine) on those attempts, respectively, to carry almost half the load toward the Bulls’ NBA-leading 38 percent 3-point accuracy rate as a team (on an NBA-low 30.1 attempts per game).

8. Even as the Bulls traded blows early in the game, the team’s malaise was apparent. Two times in the first half players – DeRozan and Vučević – slapped balls out of bounds and incurred delay of game warnings, leading to the Magic being awarded a technical free throw (which they missed). The pervasive defensive breakdowns that led to easy Orlando layups and dunks added to that picture.

9. As Donovan noted postgame, White and Ayo Dosunmu combined for zero of the team’s lowly 10 assists. White did score 22 points on 8-for-18 shooting, but back-to-back tough games for the starting backcourt tandem, which was created by injuries and has logged heavy minutes of late, is harrowing. Donovan said pregame that LaVine (and Green) will meet the Bulls in Oklahoma City on Monday and could be available against the Thunder, which would be a massive boost.

10. Wendell Carter Jr. really, really enjoys matching up with the Bulls, who dealt him to Orlando as part of the Vučević trade last February. Carter Jr. entered play averaging 22 points, 10.7 rebounds and 3.3 assists in three career games against the Bulls (two this season, one last). On Sunday, he had 19 points, seven boards and three blocks.

Next up for the Bulls: At the Oklahoma City Thunder on Monday.