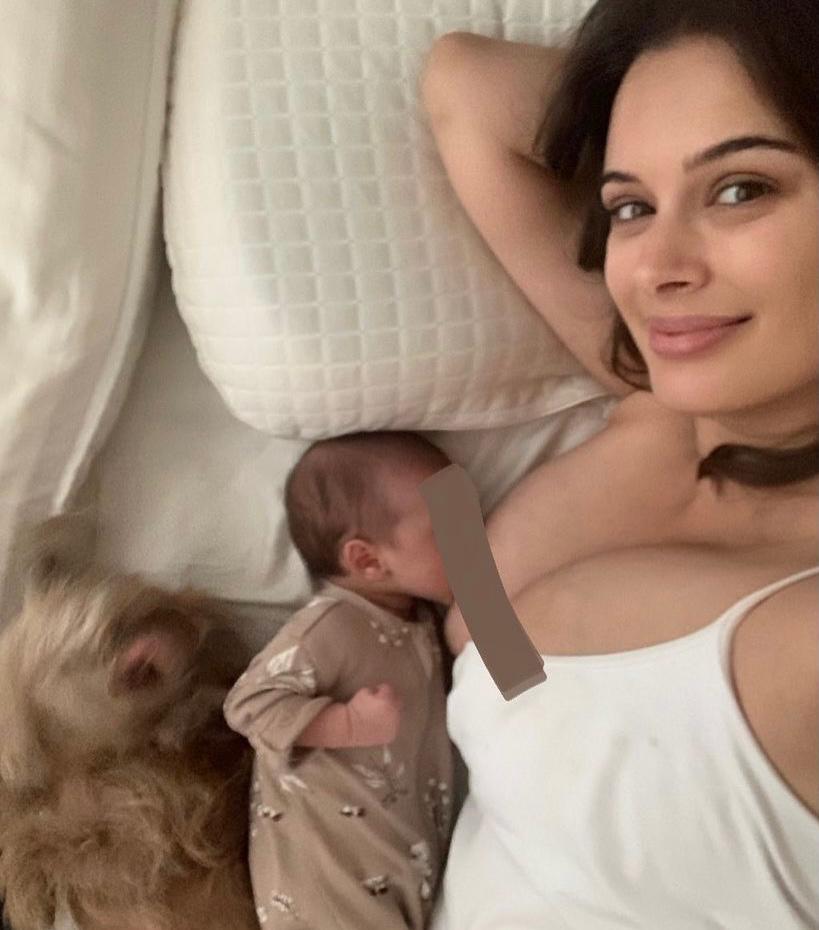 Actress Evelyn Sharma said breastfeeding has becoming a part of her daily routine. She said “it was one of the most natural and healthy things to do, so why be shy about it?” She took to social media to share an image where she is seen feeding her two-month-old daughter Ava Bhindi.

Talking about being trolled for sharing her breastfeeding picture on social media, Evelyn said, “Breastfeeding is one of the most natural and healthy things to do. So why be shy about it?” She added, “Breastfeeding is much tougher than people think. I shared my story to let mothers out there know that they aren’t alone in this.”

Sometime back, she posted a similar picture, which much like the current one drew a mixed reaction.

A few netizens supported her while others asked Sharma to keep her private pictures off social media.

The 35-year-old said she would rather focus on the positive messages she received as she says, “I want to share my journey as a new mother with my friends and fans. It’s important for me to keep my social media personal and not just a work profile.”

Sharma hopes that the post will be able to encourage young mothers and even nudge their partners to be more supportive: “Breastfeeding is much tougher than people think. When you start out as a new mum, it is often physically and mentally exhausting, particularly cluster feeds. I shared my story to let mums out there know that they aren’t alone in this.”