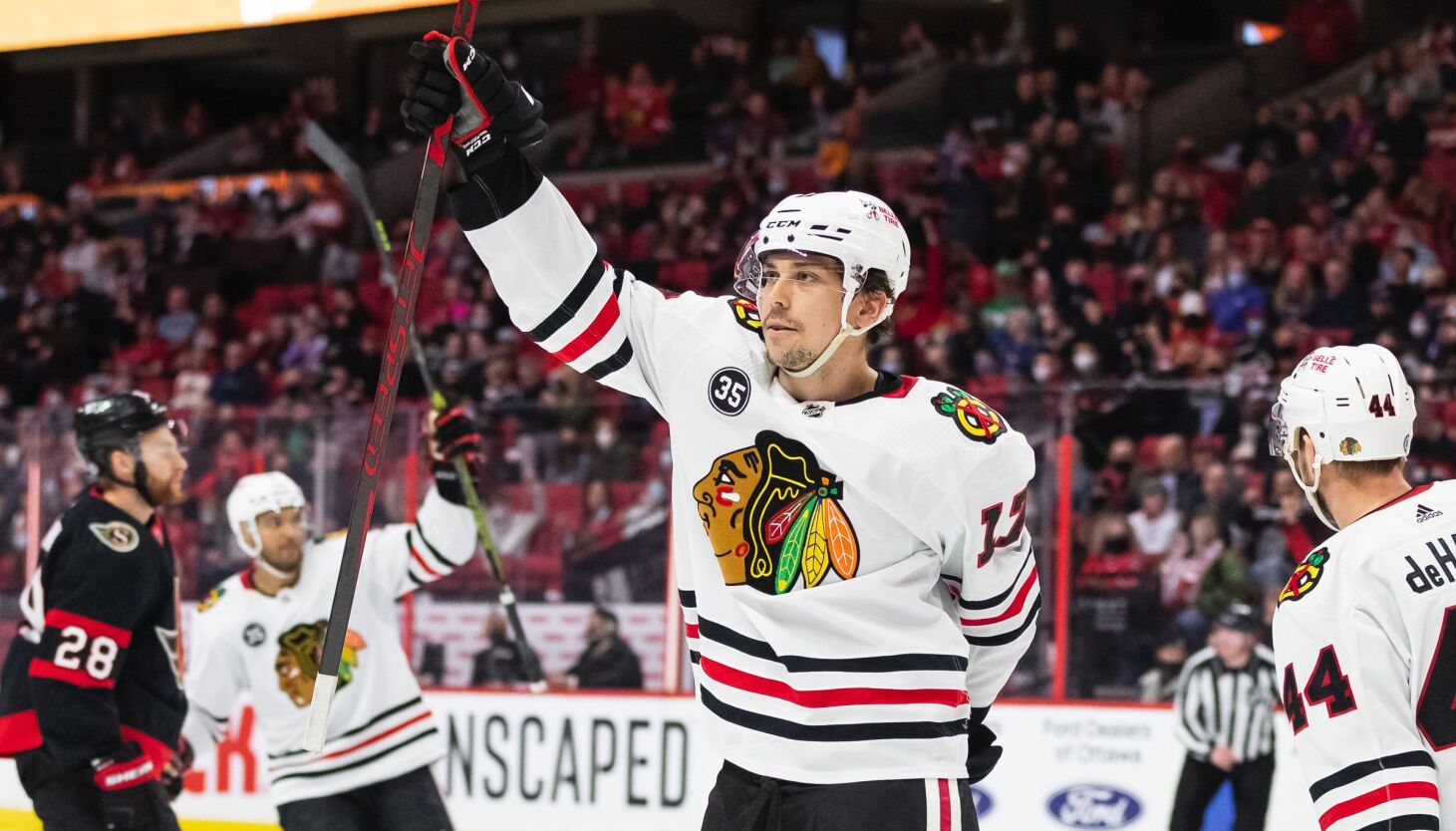 Inside the locker room, the Blackhawks’ focus remains preparing for their upcoming games, not wondering which of them will still be around to play said games.

“No one’s really walking around saying, ‘Hey, when are you out of here?’” MacKenzie Entwistle said with a laugh.

But from the outside, as the NHL schedule entered the final week until the trade deadline at 2 p.m. CT on Monday, it’s clear those off-ice moves will far outweigh — in terms of long-term significance — the Hawks’ results in their three remaining games (Tuesday against the Bruins, Saturday at the Wild and Sunday against the Jets) before the deadline arrives.

The Marc-Andre Fleury situation is the focal point of the Hawks’ negotiations, considering he’s one of the most prominent and definitely the most difficult-to-figure-out name on the market league-wide. It sounds like all possibilities are still on the table regarding Fleury’s fate, with no concrete movement on that front yet.

Dominik Kubalik, Calvin de Haan, Ryan Carpenter, Henrik Borgstrom, Kevin Lankinen and Dylan Strome all have decent chances of being dealt, too, and even others not on that list can’t feel too comfortable.

“As you play in this league for a few years, you figure out how the business side works,” Jake McCabe said. “It is what it is at this point, frankly. It’s tough when you see buddies go, but [it’s] also exciting for them, too, if they’re going to chase it and going to a contender. It can be an exciting thing. It is a little bit of a weird week.”

Coincidentally, the Hawks enter this weird week riding their largest offensive surge of the season despite being well into too-little-too-late territory.

They’ve scored 35 goals over their last eight games, including 28 at even strength, meaning their even strength goals-per game average during this stretch (3.5) is exactly double that of their first 52 games (1.75).

As a team, their expected-goals and scoring-chance rates per 60 minutes at even strength have increased slightly — from 2.16 to 2.29 and from 24.1 to 25.3, respectively — but the biggest difference has simply been finishing.

Interim coach Derek King, when asked Monday what he sees as the reason for the surge, first delivered a characteristic joke — “I think these guys are looking to get traded” — before elaborating.

“We’re doing all the little things right,” King said. “We’ve been really harping on these guys…about our ‘D’-zone coverage. And then [about] our forecheck with us changing our forecheck, being a little more aggressive and [pinching] ‘D’ down the wall with a higher ‘F3.’ We’re just getting better at it, and it has been helping. We’re staying within our structure and we’re playing like that for as close to three periods as we can.”

In the big picture, the surge hardly matters. The Hawks have still won only four of those eight games and, at 22-30-8 currently this season (with identical 11-15-4 records both home and away), are nowhere near the playoff race.

But its intersection with deadline mania provides a few interesting subplots for what might be eventually looked back upon either as a pivotal moment in the Hawks’ franchise trajectory or as an overhyped, overanalyzed non-event.

Note: Both Connor Murphy and Tyler Johnson remain in concussion protocol — neither practiced Monday — but are allegedly doing relatively well. They were present behind closed doors at Fifth Third Arena for tests and treatment.