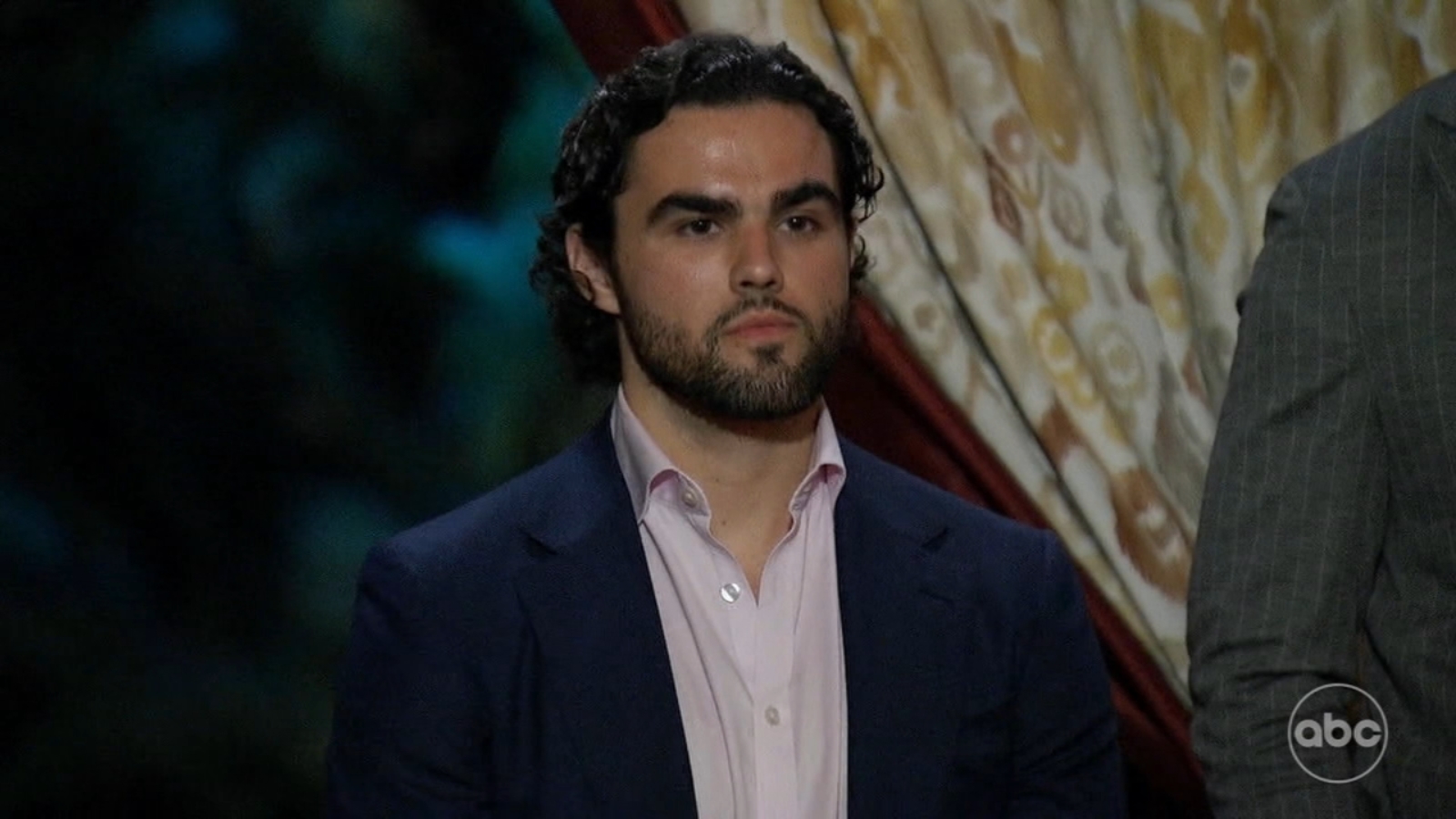 “The Bachelorette” episode 3 kicks off with the guys getting a preview of the week to come from Jesse. He tells them that there will be two one-on-one dates as well as one massive group date. With over 20 guys in the house still, Gabby and Rachel really need to start going deeper with these men.

The date card reveals that Zach has been chosen for the first one-on-one of the week. Rachel and Zach head off to their date, and the couple is greeted by Karamo, a relationship expert. He lets them know they will be attending a red carpet premiere event, so naturally it’s time for a fashion show.

After an entertaining montage of sparkly outfits (Zach’s included), the pair struts down the red carpet posing for photos. As the curtain rises on their surprisingly private showing, the title card reads “Me and You” – not a blockbuster movie premiere but rather a delightful showing of home movies featuring both Rachel and Zach.

They reminisce and bond over the coincidence that both of their dads would drive them to the airport to watch planes take off and land – what are the chances? They share a kiss, dance, and Rachel offers him the rose.

Gabby’s date with Erich and the return of Grandpa John!

Erich gets the second one-on-one date of the week but learns it will actually be a two-on-one. No, he doesn’t go on a date with both Rachel and Gabby. Instead, Gabby’s Grandpa John – made famous in Bachelor nation from Gabby’s hometown date in Clayton’s season – joins them for their date.

The outing starts with the three of them going to a sound bath, followed by a night of bowling, where Grandpa John may have found a love connection of his own. The day is filled with laughs, but once we get to the evening portion of the date, things strike a more serious tone.

Gabby opens up about how she does not have a relationship with her mom and feels like she is just too damaged for anyone to love. She gets emotional and steps away to compose herself. Upon her return, Erich says that he really likes her and he will always be open and honest. This calms her fears, and she offers him the rose.

The men are presented with a variety of different clothes ranging from formal attire to cowboy outfits. We are treated to another hilarious montage as the men pose with Gabby and Rachel. Tino, Logan, Nate and Tyler get the “proposal” photoshoot, while other men are dressed as literal babies (yes, diaper and all).

Next we move on to the evening portion of the group date where things are looking up for Rachel but turning sour for Gabby. While Gabby appreciates their honesty, Tyler, Hayden and Jacob all tell her that they are there to pursue Rachel. Hayden even goes so far as to say he doesn’t want to be with someone who is “rough around the edges,” which is pretty insulting. It fuels Gabby’s insecurities and ultimately leads her to not give out a group date rose. Rachel, however, gives her group date rose to Aven.

Cocktail party canceled plus the most dramatic rose ceremony ever

Just before the evening of mingling is set to begin, Jesse informs the men that the cocktail party is canceled. He also drops another bombshell on the men: this process isn’t working anymore for Gabby and Rachel. He explains that from this point forward they will be splitting the men into two groups. One group will be committed to finding love with Rachel, and the other will be exploring their journey with Gabby.

Here’s where things get sticky. Each woman hands out each of their roses, but the men will need to commit to one woman or the other. No more playing both sides (looking at you, Logan and Mario).

So here’s how it all went down. Listed below are all the roses that were offered and whether or not the guy accepted or declined.

Rachel feels embarrassed, and rightfully so, when three of the men she offers a rose to turn her down. You can watch the drama unfold in the video featured in the player above.

The men sent home with no rose are Meatball, Termayne, Alec and Jacob, but have we seen the last of them? While the credits begin to roll, we see Meatball basically begging Rachel to let him stay, and we’re left with this cliffhanger until next week’s episode!

So do you think Rachel will take him back? Or has this Meatball passed its expiration date? Find out next week on “The Bachelorette.”