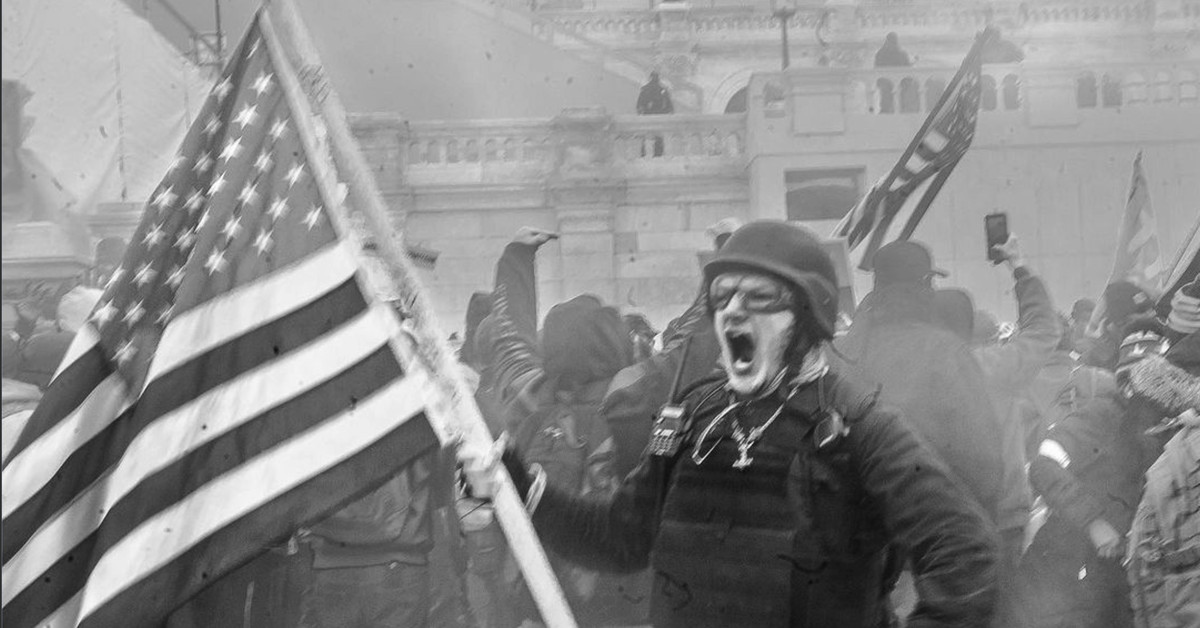 An Aurora man accused of using a flagpole to assault a federal officer during the Jan. 6 U.S. Capitol breach is charged with five felonies in an indictment unsealed this week in Washington, D.C.

James Robert “Jim Bob” Elliott, 24, was arrested Monday in Batavia and was due in court Tuesday afternoon, authorities said. The charges against him appear to be the most serious faced so far by an Illinois resident charged in connection with the breach.

Elliott has been identified by law enforcement as a member of the far-right Proud Boys, according to a source. The group has already been ensnared in the sprawling investigation into the Capitol riot that has led to more than 700 arrests nationwide.

The four-page indictment against Elliott offers few details but levels six charges against him.

The final charge is a misdemeanor.

This is a developing story.