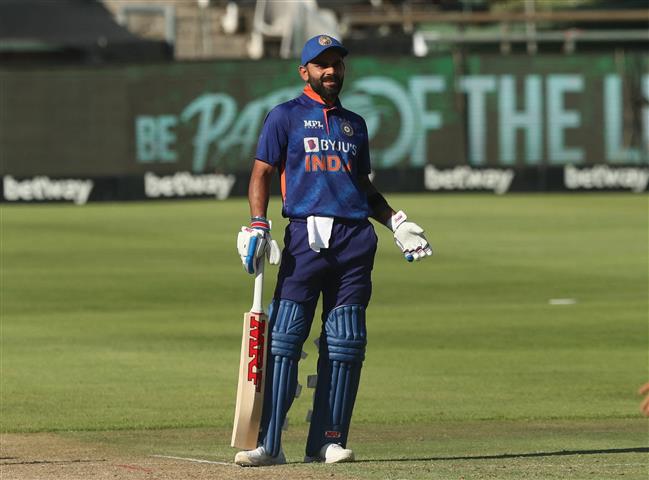 Virat Kohli celebrated his 50 against South Africa at Cape Town as wife Anushka Sharma and daughter Vamika cheered him on from stands.

The Indian batter looked towards the stands and dedicated his knock to the daughter.

As Virat reached the milestone, the camera panned towards the stands revealing the happy faces of Anushka and Vamika.

It was for the first time that Vamika’s face has been revealed as Anushka Sharma had earlier requested media not show her daughter’s pictures.

Twitterati remained divided whether the photos of Vamika should have been posted on social media or not.

While many reacted with heart emojis, apparently floored by cuteness of Vamika, there were several social media users who wanted her photos deleted as the child’s privacy has been fiercely guarded by her parents.