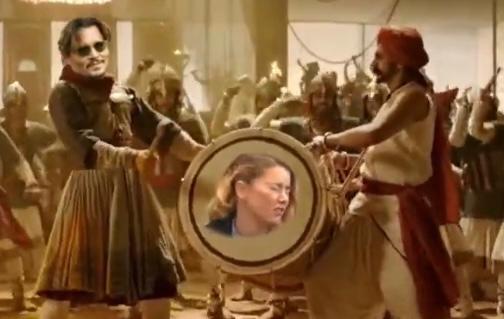 A jury in US has ruled in favour of Hollywood actor Johnny Depp in his libel lawsuit against ex-wife Amber Heard. The actor was awarded $10 million in compensatory damages and $5 million in punitive damages.

Depp had sued Heard for libel over a December 2018 oped she wrote in The Washington Post describing herself as “a public figure representing domestic abuse”.

Soon after, Depp’s win, fans of the “Pirates of the Caribbean” actor celebrated on the social media using one of the most iconic memes and phrases.

The high-profile case had drawn widespread attention, with millions of people tuning to watch the trial.

Below are a few reactions:

#JusticeForJohnnyDepp #JohnnyDepp a meme for the occasion lol pic.twitter.com/moj4p1cZIb

“This Is The Day You Will Always Remember As The Day You Almost Caught Captain Jack Sparrow” #JusticeForJohhnyDepp pic.twitter.com/5TTUVfZjVY

Amber Heard lost defamation trial, but she received a compensatory $2 million in damages. Heard’s $2 million came from her countersuit against Depp. The jurors rejected two of Heard’s three counterclaims. They concluded she was defamed when Depp’s attorney told media that Heard staged property damage to show to police after alleged fight.