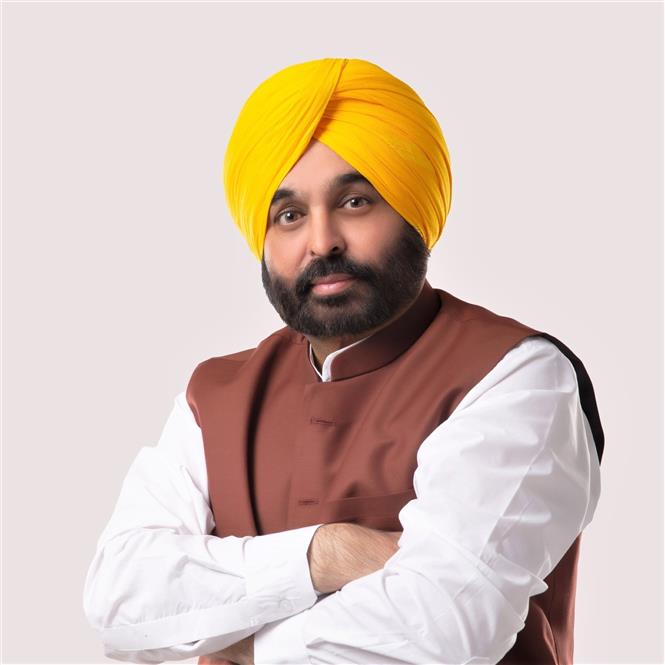 Actor-turned-politician Bhagwant Mann is the newly appointed Chief Minister of Punjab and 25th in the history of the state. Mann won the election from Dhuri constituency with a huge margin. But his innings commenced as a stand-up comedian, whose speeches in Parliament were equally famous. In 2008, Mann took part in the Great Indian Laughter Challenge on Star Plus, which was judged by none other than Navjot Singh Sidhu, president of the Punjab Pradesh Congress Committee. Political comedy being his forte, before joining AAP, he had worked with People’s Party of Punjab from 2011 onwards. Here’s a look at some actor-turned Chief Ministers.

Popularly known as ‘MGR’, he was the first one who leveraged his immense popularity with the masses into a successful political career. Marudhur Gopalan Ramachandran was the Chief Minister of Tamil Nadu from 1977 to 1987 until his death. The actor was influenced by Gandhian ideals and had first joined Indian National Congress (INC) when he was quite young, even before his acting debut in 1936 in the film Sathi Leelavathi in a supporting role.

He was actor, filmmaker and philanthropist apart from becoming a successful political leader.

Jayalalithaa, whose life was enacted on screen by Kangana Ranaut in the biopic Thailaivi, started her career as an actor, before moving into politics and soon becoming the Thalaivi for people of Tamil Nadu. The actress appeared in as many as 140 films in Tamil, Kannada, Hindi, Malayalam and Telugu languages.

She joined AIADMK and became the Chief Minister for the first time in 1991. She served as the CM for six terms before her untimely death on December 5, 2016. Some of the films she is remembered for are Izzat, Naan, Enga Mama, Sumathi En Sundari, Adimai Penn, Pattikada Pattanama and Sri Krishna Satya.

Apart from his political fame, he was an actor with more than 300 films to his credit. In his lifetime NTR received three National Film Awards, two for Thodu Dongalu (1954) and Seetharama Kalyanam (1960), as a co-producer and the third one for directing Varakatnam. He founded the Telugu Desam Party (TDP) in 1982 and became the CM for the first time the next year. The NTR National Award is in honour of Rao, which was instituted in 1996 by the Government of Andhra Pradesh to recognise notable film personalities.

Celeb presence at the swearing-in ceremony

Actor Karamjit Anmol, who is a good friend of Bhagwant Mann and was present during his oath-taking ceremony, says, “I am happy seeing my dear friend Bhagwant Mann taking oath as the Chief Minister. As he takes oath from the ancestral village of freedom fighter Bhagat Singh, the theme, Rang De Basanti, seems appropriate and directs the state towards Rangla Punjab, which the AAP party has projected in their manifesto.”

Gurdas Mann, who was present at the event too, adds, “The party may be Aam (common) but their ideology is very specific. This is the first step of reigniting the revolutionary thought process of Shaheed Bhagat Singh.”

Other actors in political field

Kirron Kher: She joined the BJP in 2009 and had won two consecutive terms as Lok Sabha MP from Chandigarh, beginning 2014.

Sunil Dutt: He joined the Indian National Congress in 1984. He was elected to the Parliament for five terms.

Amitabh Bachchan: He took a break from acting in 1984 to enter politics in support of a long-time family friend, Rajiv Gandhi. He contested Allahabad’s seat for the 8th Lok Sabha. But just after three years, he returned to acting.

Govinda: Govinda was a member of the Parliament of India from 2004 to 2009. As part of the Indian National Congress, he defeated BJP’s Ram Naik for the Mumbai North constituency of Maharashtra in the 14th Lok Sabha elections.

Hema Malini: In 1999, Hema campaigned for Vinod Khanna, former co-actor of hers, in Gurdaspur, Punjab. And by 2004, she too joined BJP and has served in Rajya Sabha and Lok Sabha in different capacities.

Smriti Irani: From Kyunki Saas Bhi Kabhi Bahu Thi actress to now being in the Modi-led government’s cabinet since 2014, the transition from actress to politician was rather smooth for Smirti Irani.

Paresh Rawal: He won as the BJP MP from Ahmedabad East constituency in the 2014 Indian general election.