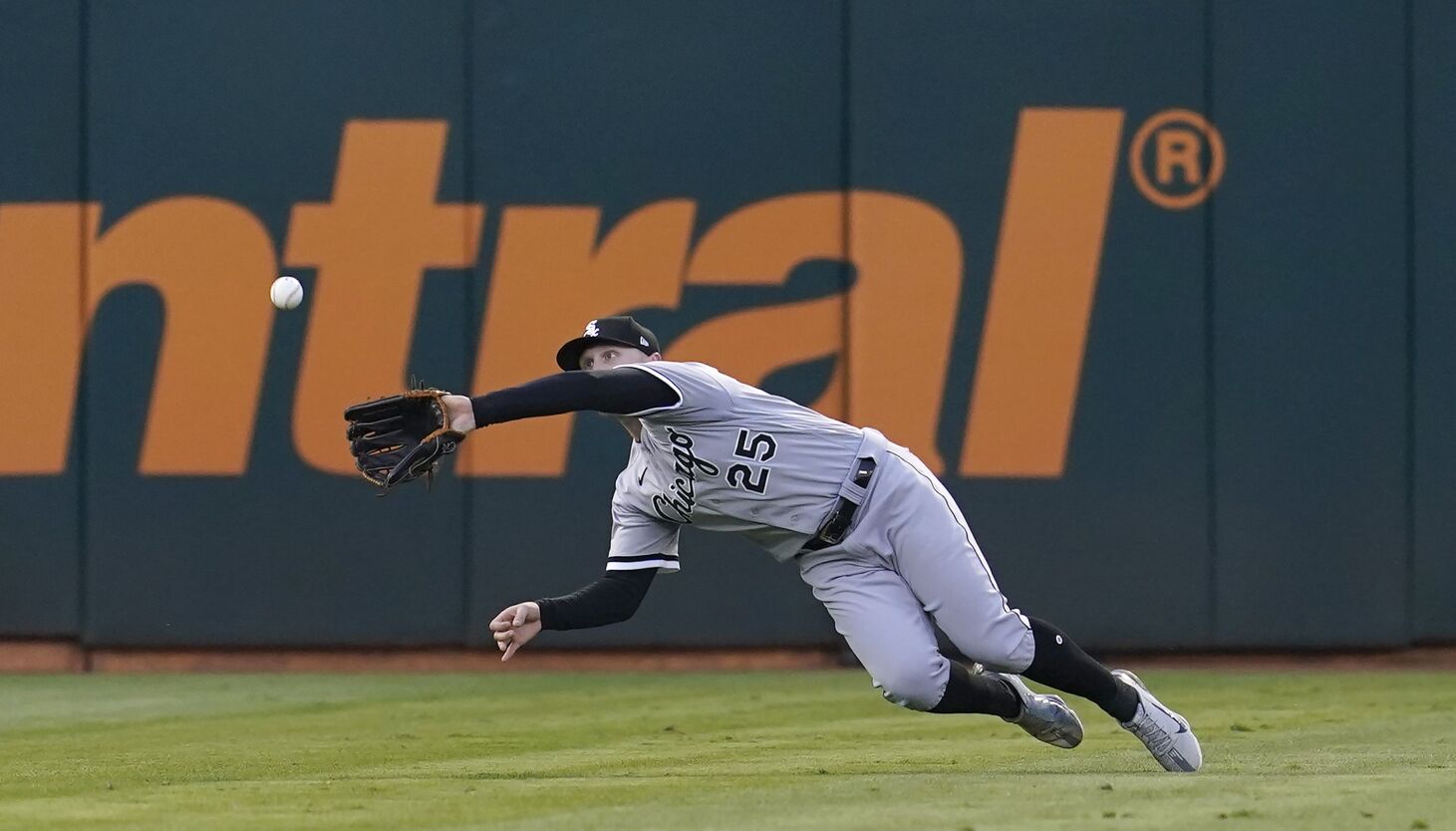 GLENDALE, Ariz. — Imagine being Andrew Vaughn, a first baseman in college drafted for his bat and not his defense, having a conversation with Hall of Fame manager Tony La Russa about a position change in spring training last year.

“When [left fielder] Eloy [Jimenez] went down with that unfortunate injury, it was a terrible blow to the squad,” Vaughn recalled Friday. “We needed a guy to fill that spot and Tony came up to me and was like, ‘Hey you’re playing outfield.’ ”

It wasn’t a what do you think about doing this? It was a you’re doing this.

And that was that.

Vaughn borrowed an outfielder’s glove and immediately began taking fly balls and, to the surprise of almost everyone except perhaps La Russa himself, made himself into a decent outfielder. Not Gold Glove caliber by any means, but one who made most routine plays and every so often made a nice one at that.

“Crazy,” said Adam Engel, a former Gold Glove finalist in center field. “In college and the minor leagues, I saw a lot of infielders try to make that move to the outfield and it’s not a crazy hard transition, but most guys have a period of struggle, and that’s at a lower level. And Vaughny stepped in and he was never a liability out there. And he did it at the big league level. Which to me is extremely impressive. Played a lot of big innings for us.”

“That kind of blew me away,” he said.

With Jimenez healthy again, Vaughn is now a candidate to play a lot in right field, along left-handed-hitting Gavin Sheets and Engel, who had surgery to repair a torn labrum in his left shoulder after the season but says he’ll be ready to go Opening Day. Vaughn will also get at-bats as a designated hitter, and can play third base as well. He played second base once last year — another one of those La Russa “you’re doing this” moments — and now brings four gloves to the field each day.

Right field will have its own learning curve, with balls off right-handed hitters’ bats slicing to Vaughn’s left and left-handed hitters driving it to the gap.

La Russa, who scoffed when asked if he asked Vaughn about making the transition to the outfield — “Come on, man,” La Russa said — told Vaughn last spring he was playing the outfield, sticking to his belief that he’d be no worse than average if he worked hard. And Vaughn got after it right away last spring.

Vaughn, who played only 55 games in the minor leagues, all in 2019 after he was drafted third overall that year, and no higher than High-A Winston-Salem, batted .235/.309/.396 with 15 homers in 127 games in his rookie season. It was an admirable performance considering his limited prep time for the majors.

“You want to keep progressing,” Vaughn said. “It was good to have a full offseason where I could work on my craft — the biggest thing was to simplify everything. Create less movement and be more direct to the baseball.”

Through his slumps in 2021, Vaughn said he learned about ups and downs.

“I had to battle myself sometimes,” he said.

All the while learning a new position on the job. It wasn’t something anyone saw coming a year ago at this time.

“That’s why they get paid to make decisions,” Engel said of decision makers like La Russa. “But Vaughn is a smart kid, and a really hard worker. You get that makeup and teaching a new position quickens the learning curve.”