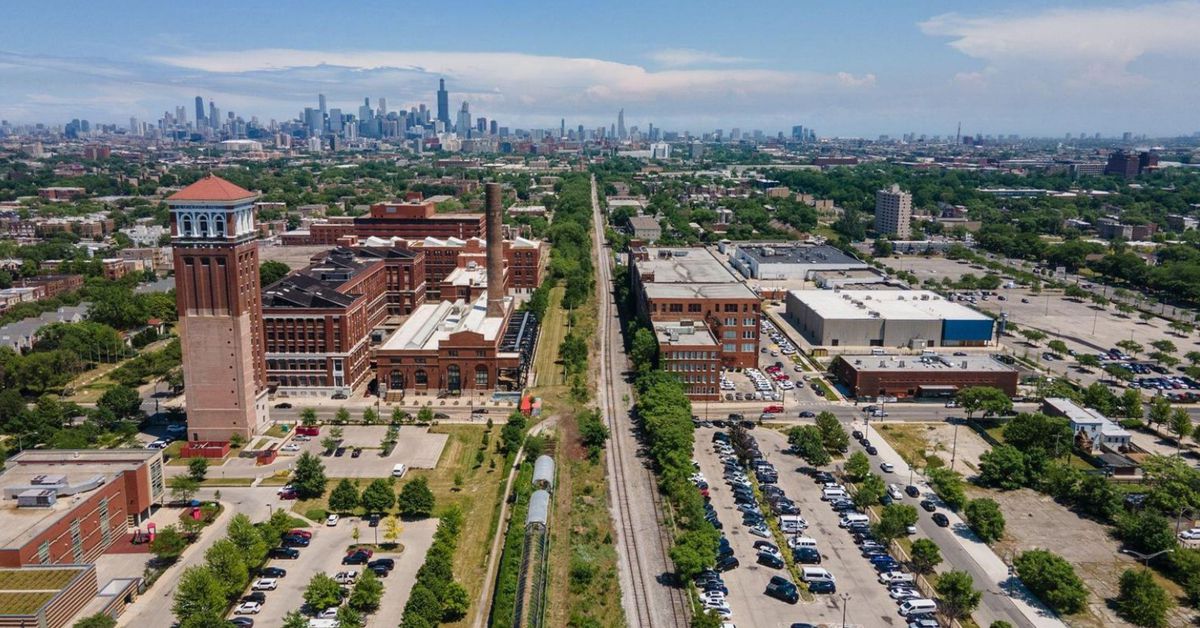 You’ve probably heard of The 606 trail and maybe enjoyed the respite it provides. You also may know that another linear park on a rail line, the El Paseo Trail, is proposed in Pilsen and Little Village.

To those can be added another proposal, the Altenheim Line, which cuts through East Garfield Park and North Lawndale. It’s a more than 2-mile stretch of a CSX rail line that used to serve West Side industries and Homan Square when Sears was there. But as those jobs left over the decades and concentrated poverty took hold, the line’s use ebbed.

With new attention coming to the West Side, from housing to startup industries setting up shop because the property is cheap and near an expressway, residents and city planners are considering whether making the Altenheim Line an elevated greenway can give things a helpful push. Many believe that providing open space and recreation would spur development nearby, such as along Roosevelt Road.

What residents don’t want is for the trail to become a leading edge for gentrification. The 606, for all its virtues, turned out that way, with demand for housing close to it pushing up prices sharply. It was great for property owners wanting to sell, not so good for the sake of diversity.

At this early stage, the Altenheim Line seems to have potential. The section being examined for this “rails to trails” project follows an east-west path just south of Taylor Street from Washtenaw to Cicero avenues. For much of its route, it’s 110 feet wide versus the 40-foot width that’s typical on The 606.

“It just needs to be carefully balanced with community concerns for existing residents,” said Kevin Sutton, executive director of the Foundation for Homan Square and a West Side resident.

Sutton said he supports the project as providing an amenity to get more people and employers to move in. But he said the gentrification issue is real because the current residents are mostly low-income renters or homeowners who are senior citizens.

Unlike The 606, which is on an abandoned rail bed, the Altenheim Line would still have trains. Many similar projects around the country keep joggers and strollers at a safe distance from the tracks.

CSX is aware of the greenway initiative, a spokeswoman said. “We have a history of working cooperatively with the community to make investments that support sustainability; however, the Altenheim line is currently in use for freight rail operations and is not for sale,” she said.

Altenheim is German for “old people’s home,” and the line’s name may refer to its passage through Forest Park. The town has a senior project called the Altenheim that dates from the 1880s. The route goes on toward O’Hare Airport and connects to other railroads.

The Altenheim Line picked up support during community meetings in the latter part of 2021. As a sign of importance attached to it by Mayor Lori Lightfoot’s planning department, the project on Jan. 12 landed before the Committee on Design, a prestigious but fairly new review board that includes architects and developers.

Outside consultants, led by Skidmore, Owings & Merrill, suggested a quilt of forests, gardens and meadows along the trail, with nodes for cultural activities. On the east end, where the tracks turn south, there’s room for a “civic green” and a sledding hill. The west end goes through the old illegal dump at Roosevelt Road and Kostner Avenue that the city is eyeing for redevelopment, with a decision expected soon.

Architect John Ronan was harsh. “The way this project is presented, it’s sort of an ‘If you build it, they will come’ approach … and I wonder if it’s not backwards – if the neighborhood development needs to come first to make this rail line development necessary and used,” he said.

Ald. Michael Scott Jr. (24th), who backs the project, said he heard about those comments later and was angry. “I think people are coming now,” he said. Scott cited plans for 250 new homes in North Lawndale and work east of Douglass Park that involves an expansion of the Cinespace film studios and Mount Sinai Hospital, among other improvements.

He said the Altenheim Line might require more than $100 million to complete, probably too much for tax increment financing. The city will have to hunt for federal or state subsidies, Scott said.

The alderperson said he’s confident gentrification can be avoided. “This isn’t The 606,” he said. “Here, the city owns a lot of land, along with the Cook County Land Bank [Authority]. We can control the market price. We need to make sure folks have the ability to stay.”