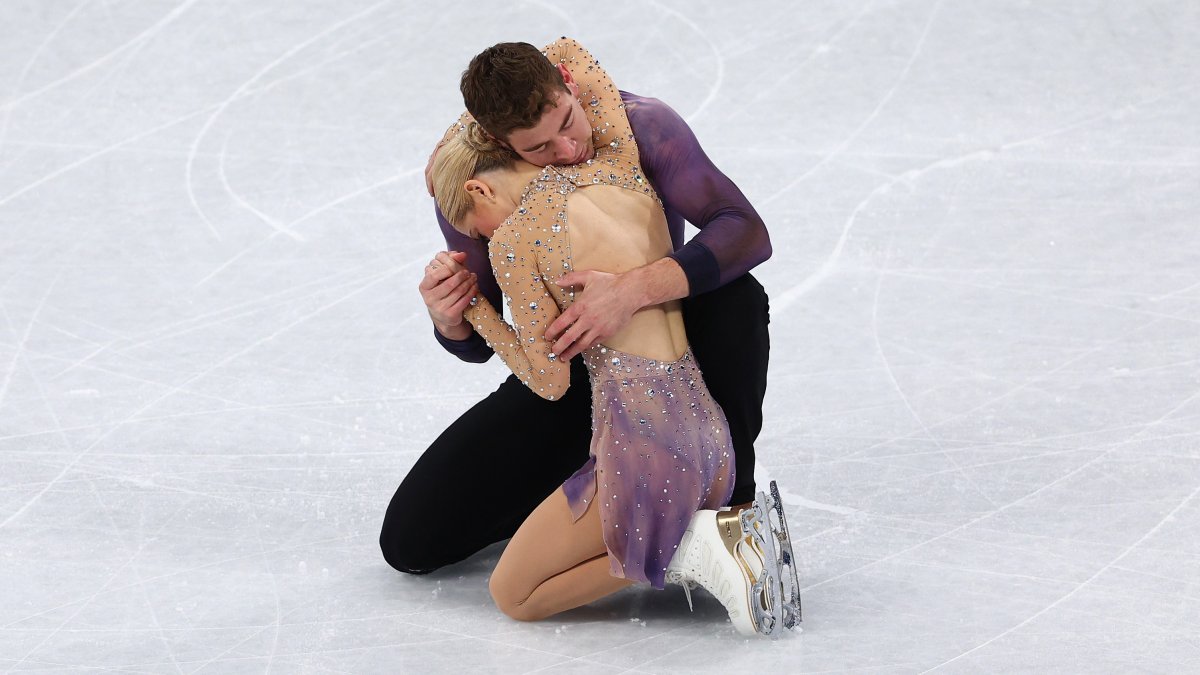 Knierim and Frazier, skating to Coldplay’s “Fix You,” quickly rose to the top of the pack with only a few skaters left to perform. They ended with a score of 138.45, which, combined with their 74.23 short program score, gave them a total of 212.68.

“I had chills,” Lipinski said. “This is what the Olympics is about.”

“That was just so so excellent,” Johnny Weir added.

That score was enough to briefly put them in first, but China’s Cheng Peng and Yang Jin took the lead soon after and as the final few pairs took their skates, the U.S. was knocked out of medal contention.

Knierim, who is from Addison, Illinois, said she entered her free skate just trying “be myself.”

“[Saturday] I’m just letting go… I’m not trying to be something or try to fix what I did last time,” she said. “I’m just going to be present and not fight or change how I feel. Just be myself.”

Knierim and Frazier were the top-scoring U.S. duo heading into the final free skate.

The duo, which first paired in 2020, placed third in their short program during the team event. Frazier is making his Olympic debut in Beijing and Knierim earned bronze in the event at the 2018 PyeongChang Olympics while competing with her husband and former skating partner, Chris Knierim.

“We competed exactly how we’ve been skating and what we set out to do,” Frazier said. “I’m just so proud and still enjoying the Olympic experience. But above all, just so proud of what Alexa and I are doing and how we’re holding ourselves. Some things were a little tight but most of all we went out there and attacked that program and gave it everything we’ve got.”