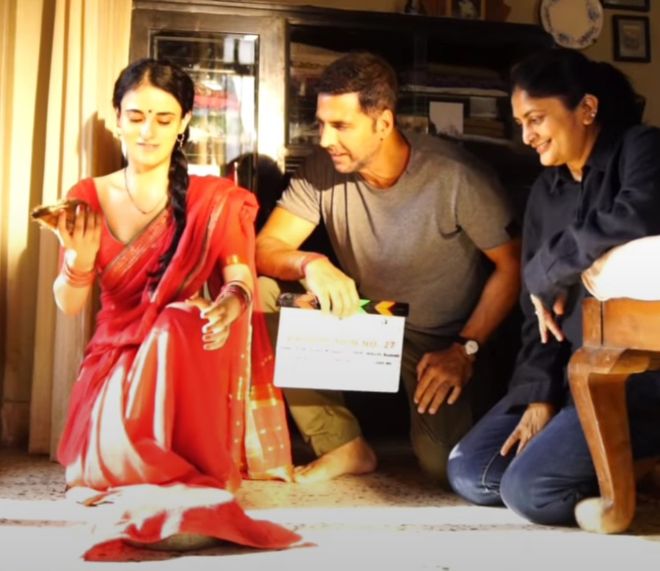 Akshay Kumar and Radhika Madan will star in the Hindi remake of Suriya’s critically acclaimed film Soorarai Pottru. Shooting of the film kick-started on Monday (April 25). The movie is yet-to-be-titled. Akshay shared a video of the mahurat shot on Instagram and asked his fans for suggestions.

In the video Radhika Madan can be seen breaking a coconut. “With the auspicious coconut-breaking and a small prayer in our heart, we begin the filming of our yet untitled film, which is about dreams and their power. In case you’ll have any title suggestions, do share and of course your best wishes,” wrote Akshay.

Radhika was seen in a red saree and director Sudha Kongara was also there with them. Soorarai Pottru had entered the Oscars’ race in the categories of Best Actor, Best Actress, Best Director and Best Original Score. But it failed to make it to the final list of Oscar nominations. The movie is based on the biography of Capt Gopinath, founder of Air Deccan. —TMS