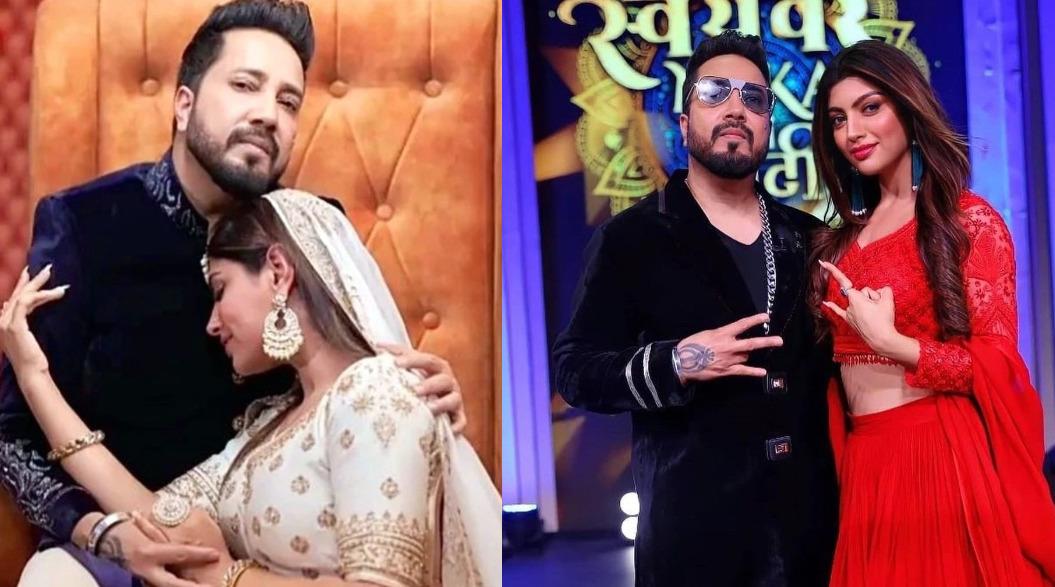 Swayamvar: Mika Di Vohti has concluded and Akanksha Puri has emerged as the winner. On the finale of the show, Mika Singh chose Akanksha Puri as his life partner. She was competing with Prantika Das and Neeta Mahal. After the haldi, mehndi and sangeet ceremony of these three finalists, Mika decided to put the wedding garland on Akanksha Puri.

“While Mika did not marry Akanksha on the stage, he put the wedding garland on her to signify his choice. He shared that he wants to spend quality time with her away from the cameras before they take the nuptial vows. Mika also met Akanksha’s family and sought their blessing as he decided to embark on this new journey with her,” a source told Indian Express.

Akanksha Puri had entered the show Swayamvar: Mika Di Vohti as a wild card contestant. Mika and Akanksha have been friends for a while now and last year there were rumours about their wedding. It all began with a video shared by Ankanksha where the two were seeking blessings in a gurudwara. However, later, Akanksha clarified that it was nothing but a prayer meet.

“So this was a paath (pooja) that he (Mika Singh) kept at his residence, it’s done for positivity and good luck for the future. I just went there to seek blessings but looks like people are assuming something else! And coincidentally this was on April Fool’s Day so people thought it was some prank but these are genuine pictures and videos from his house!!” she said.

Akanksha became popular with the show Vighnaharta Ganesh, in which she played Goddess Parvati for over three years.