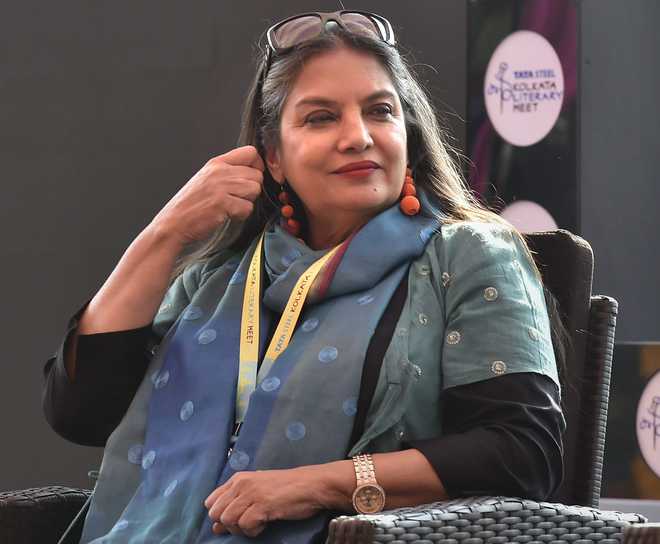 Celebrated Indian actor Shabana Azmi, who will be seen in filmmaker Steven Speilberg-backed web series ‘Halo’, says artistes don’t want to be curtailed by their ethnicity and the trend of colour-blind casting is a welcome step in this direction.

The five-time National award-winner, who has acted in international projects like John Schlesinger’s ‘Madame Sousatzka’, Roland Joffe’s ‘City of Joy’ and ‘Son of the Pink Panther’ among others, spoke about the struggles that Asian actors foraying into the West faced and how it took her almost 34 years to get a role that had nothing to do with her ethnicity.

Giving the example of English actor-director Lawerence Olivier, Azmi said if he could play the titular role in 1965 movie ‘Othello’, then why should it be different for actors from other ethnicities.

“Asian actors have been saying (this) now for more than 13 years and so why presume that the mainstream is always the Caucasian. What is it that we mean, when we say colour-blind casting? It is precisely this. If Lawrence Olivier can play Othello then why can’t an Indian or Chinese person do it?” Azmi told PTI in a Zoom interview from the US.

Though colour-blind casting is not possible in every film, the actor is happy that the producers of ‘Halo’ roped her in.

“You don’t want to be curtailed by your ethnicity. Then you will only be cast as an Asian in a dollar shop somewhere or speaking English with the strange Gujarati accent and stuff like that, almost a caricaturist. We need to move out of that,” she said.

“It makes economic sense to take people from around the world because they’re already popular in their countries and they guarantee that many more people will be in the audience. As the world shrinks and becomes a global village, why should it always be just from the West to the east? Why can’t it be both ways?”

The 71-year-old actor plays the role of Admiral Margaret Paragonsky, the head of the Office of Naval Intelligence, in the series.

She believes not just actors but the producers need to facilitate an opportunity for performers to be able to create any character on screen convincingly.

“The thing about acting and the world you create is being able to successfully create in the audience a willing suspension of disbelief and if you’re successful in doing that then you are a true actor, but for that, you need facilitation from people who also think like you and feel that is something worth doing,” the actor said.

Azmi said even though there has been a movement in colour-blind casting, it will take a while for Asian actors to gain more prominence globally.

“Let’s realise how long has it taken for the African-American to be represented. And, the African-Americans have been part of the American fabric forever, and it has taken them so long to become visible. Now, that hopefully is in the process but it is going to take some time,” she explained.

As an actor, Azmi said, she is open to the idea of working in films of any language, provided the role is meaningful.

“I will work in Timbuktu (a city in Mali), if there’s a good role being offered to me. So that doesn’t really matter as long as one gets meaningful parts,” she said.

‘Halo’ happened as a complete surprise, Azmi said, adding that she wasn’t aware her agents in the US were in contact with the producers to cast her for the show.

“… one day he (agent) just announced to me that this has happened and they have cast me. And this was very unusual because it was without any audition or any talk, on the basis of some Indian films of mine that the casting director saw,” she said.

Soon a meeting was set up with show runner and director Otto Bathurst, best known for ‘Peaky Blinders’ and ‘Criminal Justice’.

“I was familiar with his (Bathurst) work. And he talked to me extensively on the phone and said we would be meeting. And before I knew it, I was in Budapest,” she said.

Azmi described her character of Admiral Margaret Paragonsky as an authoritative woman who is used to giving orders.

Her character plays by the rules but feels conflicted. And suddenly she’s confronted with this unscrupulous scientist, who manipulates her and makes her participate in an experiment which otherwise she would never have done.

What the Indian veteran actor found interesting was that she was “not” asked by the makers to “put on a fake accent” to play her role or pretend to be anybody other than who she is. She also shared that this was the brief given to actors of all ethnicities and all countries.

Azmi recalled feeling “strange” when she began acting in English-language projects in the late ’80s.

“When I first started working, as early as 1989 in a film called ‘Madame Sousatzka’ at that time it was very rare to find Asian actors (in films) and I had a big part in it. Although I think and speak in English, I found it very strange to speak the language because it sounded so different from the English that everybody else was speaking,” she said.

‘Halo’ will premiere on March 24 on Paramount+ and on Voot Select in India.