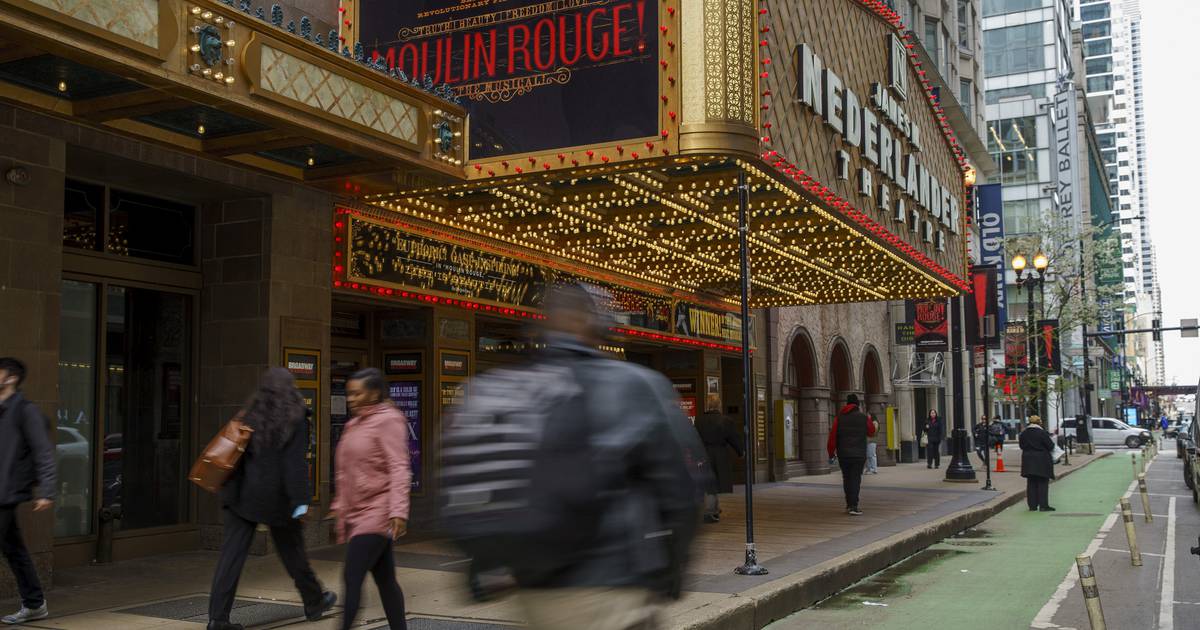 Four people, three in an SUV and a pedestrian crossing the street, were injured during a single shooting in the Loop around 1:35 a.m., according to Chicago police.

The downtown shooting came on the heels of a particularly violent weekend, which led to the cancellation of a performance of the musical “Moulin Rouge,” drew the ire of Mayor Lori Lightfoot and has hoteliers and restaurateurs who rely on the area’s safety on edge.

Chicago police were called to the 400 block of South Wells Street, near its intersection with West Van Buren Street, for a report of a shooting that injured four people at 1:37 a.m. Two women and a man inside a blue Dodge Durango SUV had been stopped at a red light when two men standing nearby on the sidewalk opened fire, striking the three passengers.

They also shot a 26-year-old woman who had been crossing the street, police said. That woman was shot in the left leg; paramedics took her to Stroger Hospital in fair condition, officials said.

No arrests had been made and detectives continue to investigate the shooting.

The shooting comes amid increased attention on violence in areas known to be frequented by tourists. Chicago police statistics have shown an uptick in gun violence that coincided with the COVID-19 pandemic, and that was marked by more crime spreading into traditionally safer parts of the city.

There were two particularly high-profile shootings downtown during the weekend, including one in which innocent bystanders were shot when shots were fired during a drug deal gone wrong and a second shootout at a hotel in the Gold Coast that resulted in the death of an 18-year-old.

“I’m not going to rest and I know the superintendent and the entire department shares my resolve that we’ve got to do more to give people confidence and make them feel safe because they are safe,” Lightfoot said.