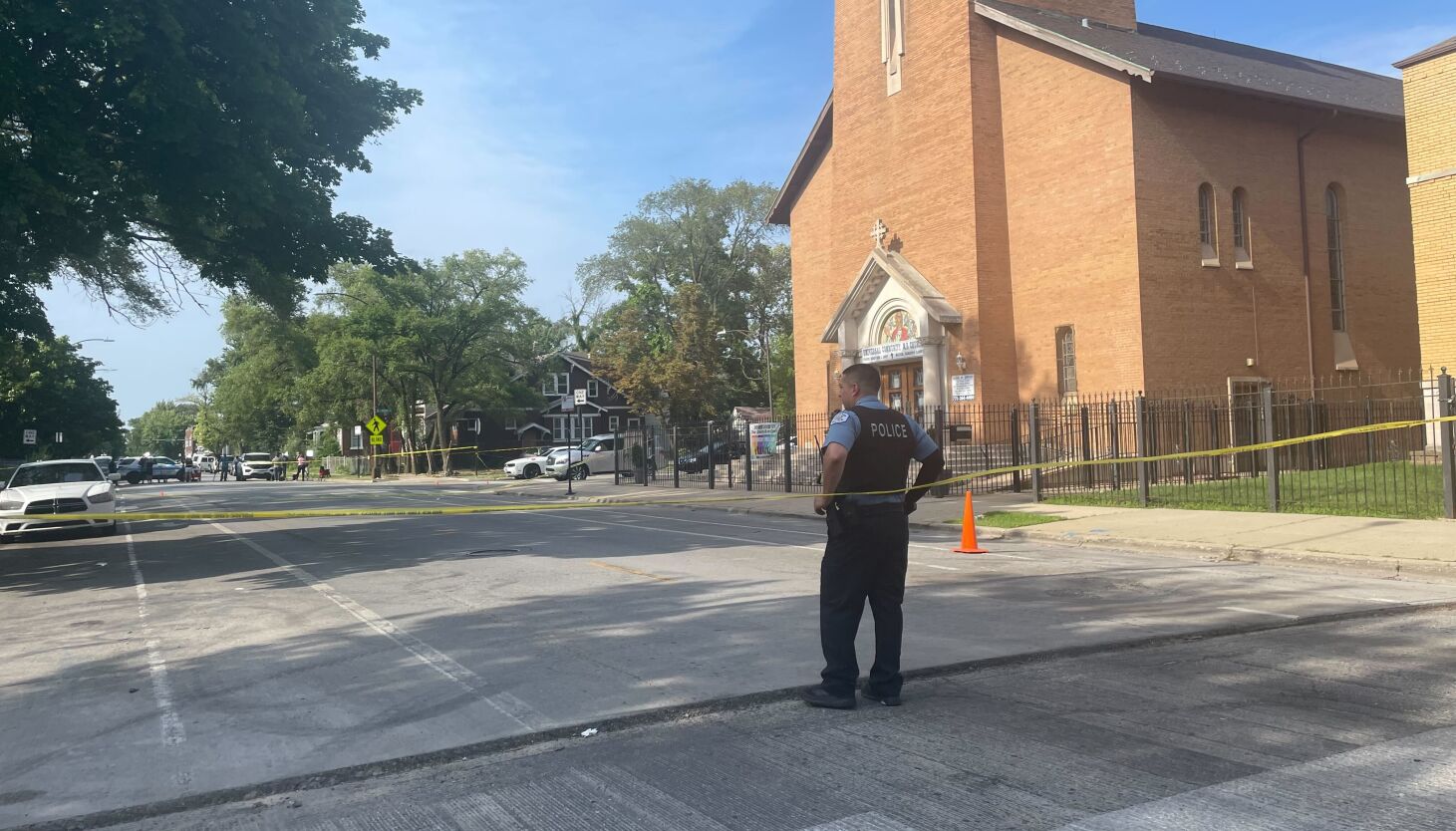 Three men were wounded Saturday when a gunman firing from a gray sedan targeted a group of people attending a funeral service at a Far South Side church.

The shots rang out about 2:30 p.m. when family members attending the service gathered to take a photo outside Universal Community Missionary Baptist Church in Roseland, according to Chicago police and a witness at the scene.

The group was standing in the 100 block of East 108th Street when the gunman opened fire as the sedan drove by, police said.

All three were listed in good condition, police said.

Kareem House said he was attending a funeral service for his cousin, Mike Nash, when the shooting began.

“We’re not even from over here, we don’t know what’s going on,” House, who came from California to attend the service, said.

House lifted his shirt to show the mark on his body where the bullet grazed him, but said he didn’t need medical attention.

House said his cousin was a “nice guy” who did work as an anti-violence activist and died of a heart attack.

Pastor Donovan Price, who does street outreach and violence prevention in the city, said funerals “should be a love event” and said it was unfortunate the Nash’s service was interrupted by violence.

“To have something like this happen in the middle of it, it’s almost twice as shocking,” Price said.

“Big Mike, everybody knew him, I knew him. I know he wouldn’t have been happy” about the shooting, Price added.

Police blocked off the area around the church after the shooting with police tape while they investigated and interviewed neighbors.

No arrests have been reported.