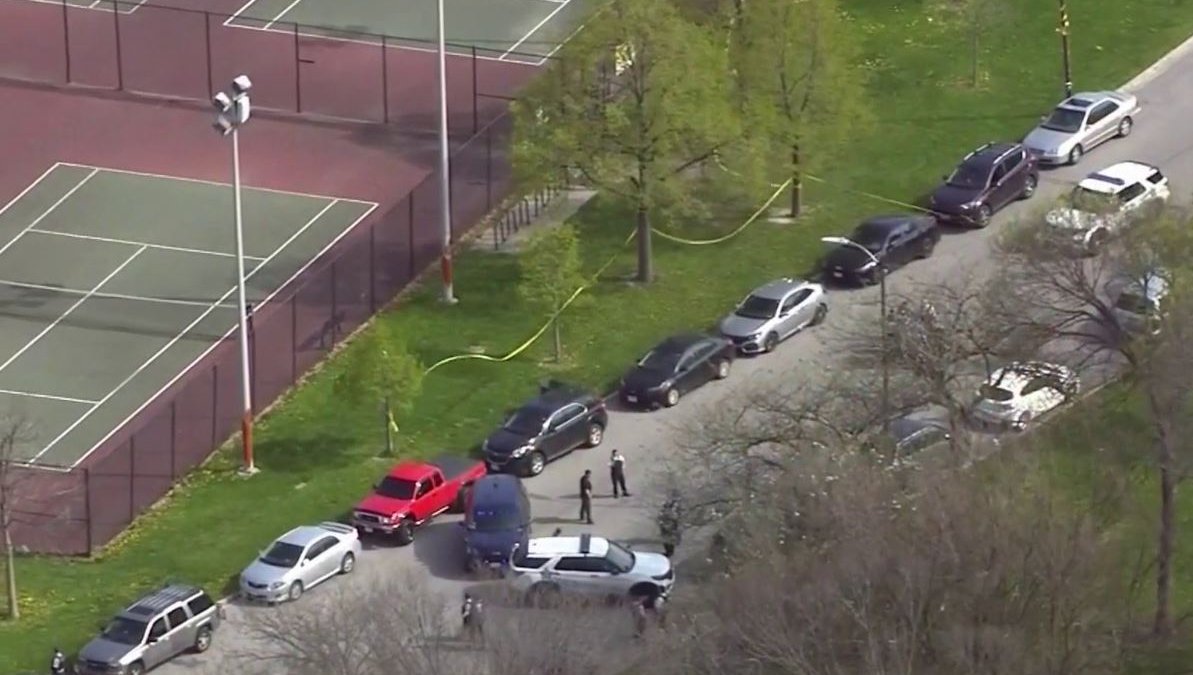 Chicago police are investigating after two men were shot to death at a tennis court on the city’s Northwest Side Monday afternoon.

According to authorities, two men were standing near the street in the 1300 block of East Luis Munoz Marin Drive at approximately 3:04 p.m. when they were approached by two men who pulled out weapons and began to fire shots at them.

Both men were pronounced dead at the scene.

One of the suspects was taken into custody, and two weapons were recovered at the scene, according to police.

It is unclear whether the second suspect remains at-large, and Chicago police are continuing to investigate the case.